Millwall vs Coventry – Preview and Prediction

Millwall vs Coventry –  Throughout the previous Championship season, Millwall had a mediocre record. At the end of the season, they were unable to move into the safe zone of the table.

They were only six points away from the safe zone. They’ll be attempting to win it this season by constantly posting successful results.

Coventry, meanwhile, played in the previous Championship season with a mediocre showing. Their position on the table was impacted by their average play because.

At the end of the season, they fell 11 points short of the safe zone. Additionally, in their last 10 head-to-head matches with Coventry, Millwall has won four, tied two, and lost four.

In three of the last four head-to-head matches between these two clubs, the both teams to score option was successful. Their most recent encounter here resulted in a 1-1 tie.

Millwall was pleased with the preseason friendly matches. They had previously faced teams with more talent than they did, but they largely managed to avoid defeat.

Following the aforementioned pattern, they were able to get off to a good start against Stoke. In the second game, Millwall was unable to keep it up as they fell to Sheffield United after conceding two straight goals.

When they play their next Championship game at home, where they currently have an amazing form, they will be aiming to regain the momentum.

On the other hand, Coventry recently played various respectable clubs in friendly matches, including Portsmouth, Nottingham Forest, etc. In the majority of those, they were able to successfully seal successful outcomes.

Coventry and Sunderland drew 1-1 to open their current campaign. By securing a win in their forthcoming Championship match, they will be looking to change their tempo. However, they are currently riding a three-game road losing run.

We believe that Millwall may end up earning three points from this game against Coventry on Saturday based on all the aforementioned statistics.

Millwall vs Coventry – Head -to- Head 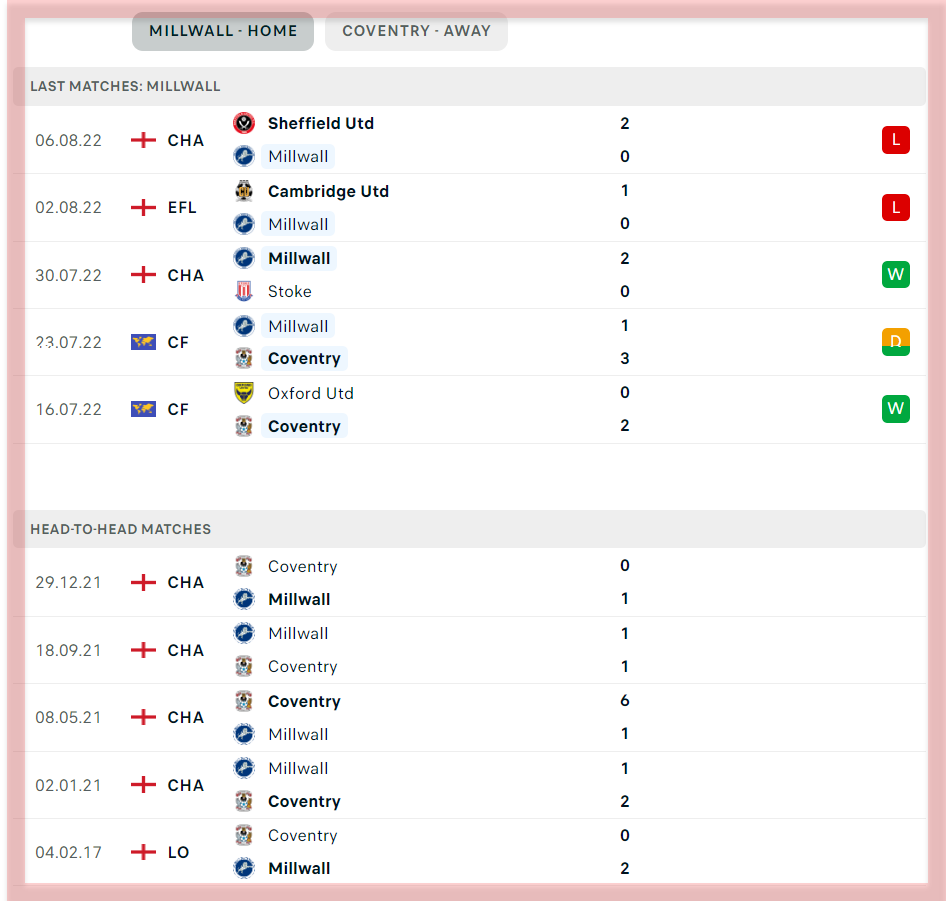