Mike Tyson Seen With A Cane After Discussing Death 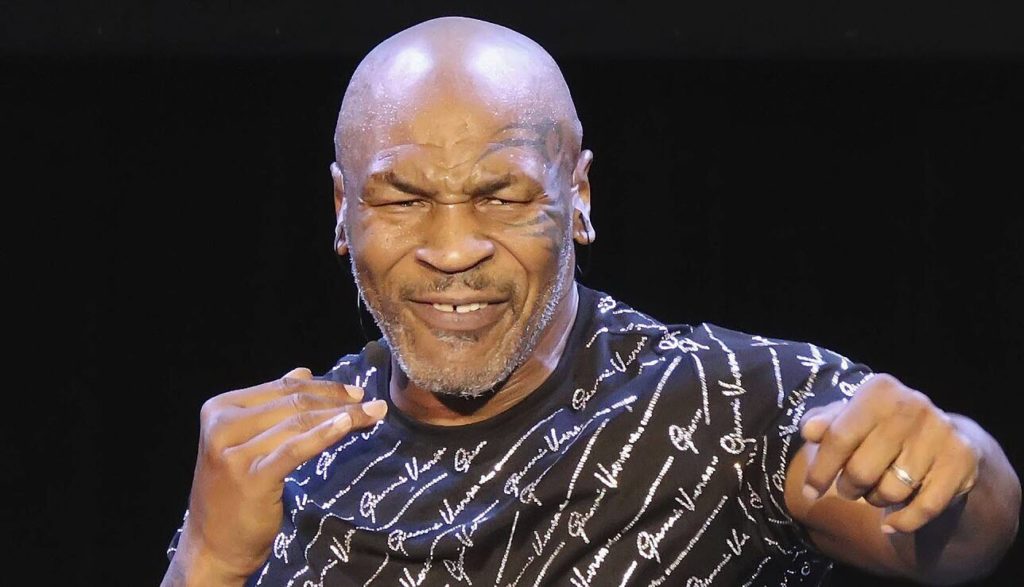 Mike Tyson Seen With A Cane After Discussing Death

Mike Tyson, the boxing legend, is getting older, and his health is clearly not what it used to be. Fans spotted Tyson while he was out and about in New York City and noticed him using a cane to help him move around.

Despite the concerns about his health, sources have assured TMZ that Tyson is not injured and only requires the walking stick due to normal mobility issues. Tyson predicted his death due to spots on his face, so the use of a cane to walk comes as no surprise.

When he made the prediction during an episode of his podcast, “Hotboxin With Mike Tyson,” many fans were concerned about his health and whether he would die soon. With his violent past and numerous injuries, the sports legend hasn’t made matters any easier.

There have been reports of Mike Tyson limping and using a cane.

On Tuesday, Tyson was spotted by fans and members of the press as he walked slowly from a waiting car into the hotel where he was staying. The former heavyweight champion, now 56 years old, used a walking stick to help steady himself as he hobbled around.

Tyson’s slowness and the use of a walking stick raised immediate health concerns, but those close to him assured the public that he was fine. TMZ was informed that the legendary boxer is not hurt and is not in danger of dying.

The information we were given was that he was experiencing a sciatica flare. It’s not a big deal. As a professional athlete, injuries are just part of Mike’s job. Given how long he trained as a boxer, his explanation for using a cane rings true.

He Made a Recent Death Prediction

Many of Tyson’s fans, concerned for his well-being after he said on a recent episode of his “Hotboxin” podcast that his “expiration date is coming close, really soon,” will be relieved to hear that he is doing fine and only needs the cane for support.

According to The Blast, in this episode, Tyson became very emotional and existential, and the therapist who helped him through his addiction and trauma was featured prominently. The sports legend reflected on life and death, saying that it doesn’t matter how successful or wealthy we become, we’ll all die eventually.

Then, he let it slip that he anticipates his own death to occur soon. When he saw “those little spots on my face” in the mirror, he knew it was a portent of his imminent demise, he said. Incredulous, he exclaimed. That means my use-by date is rapidly approaching.

The New York Post shared a clip from Tyson’s podcast where he made the statements about his imminent death. Many expressed worry that the boxing legend was using the spots to refer to an actual illness he may be hiding, while others said they hoped the statements were just paranoia.

Fan Reactions To His Prediction

One supporter wrote to Tyson with the words, “Everyone’s going to die some day. Knowing our own death date would make everyday a living hell. Everyone must face death one day, so why not live each day to the fullest?

Other people have written things like “Please don’t Mike,” He better not; he’s turned out to be quite an inspirational guy; and Never say it aloud, not even in jest. The Fates can be arbitrary at times. Don’t mess around with them, man.

There was a lot of trouble in Mike Tyson’s past.

Because of his violent personality and career as a professional boxer, there is a lot of concern for Tyson’s health and eventual demise. Tyson was involved in numerous fights, was arrested dozens of times, and spent time in jail. Many of his admirers had long held the misguided opinion that he wouldn’t live to see 40.

Tyson was the first heavyweight boxer in history to hold the titles of the World Boxing Council (WBC), the International Boxing Federation (IBF), and the World Boxing Association (WBA). The bloodshed he endured to achieve his titles and status was not without consequence. Even though Tyson frequently emerged from fights with cuts and bruises, his opponents were almost always treated much worse.