Midtjylland vs Sturm Graz – The 1-0 victory over Feyenoord by Sturm Graz has significantly aided them in moving up to second place in Group F. At MCH Arena, Midtjylland and Sturm Graz will play their final group stage matchup.

The team of Christian Ilzer has the advantage because they won the first leg 1-0. In that contest, Emanuel Emegha scored.

The home team overcame the current Group F leaders Lazio by a score of 5-1 to earn their first victory of the season. They only achieved one victory during the group stage. They are currently at the base of the table.

For Christian Ilzer’s team, finishing in second place is a top priority. They have the fewest goals scored in Group F, therefore if they want to score more, they will need to start playing more attacking game.

Given that the home team has scored a total of ten goals throughout the group stage, we can anticipate more goals in the second leg.

The current visitors prevailed 1-0 in the first leg, and both teams will be playing each other for the third time. In their last two group stage games at MCH Arena, the hosts have scored seven goals.

For the final matchday, all eyes will be on Group F because the competition for second place appears to be fierce. From the start, the top two teams have had identical form.

You can wager on the following prediction: Sturm Graz will defeat this opponent by a score of 1-0; the associated betting odds are 12.00. Given that they share points with the group’s current leaders Lazio, the visitors have a chance to even win Group F. Additionally, they haven’t lost since Matchday 3.

Our next prediction is that Sturm Graz will maintain its perfect record; the odds for this prediction are 4.50. This is taking into account the fact that the visitors won 1-0 in the first meeting between these two teams. In three games during the group stage, they also managed a clean sheet. 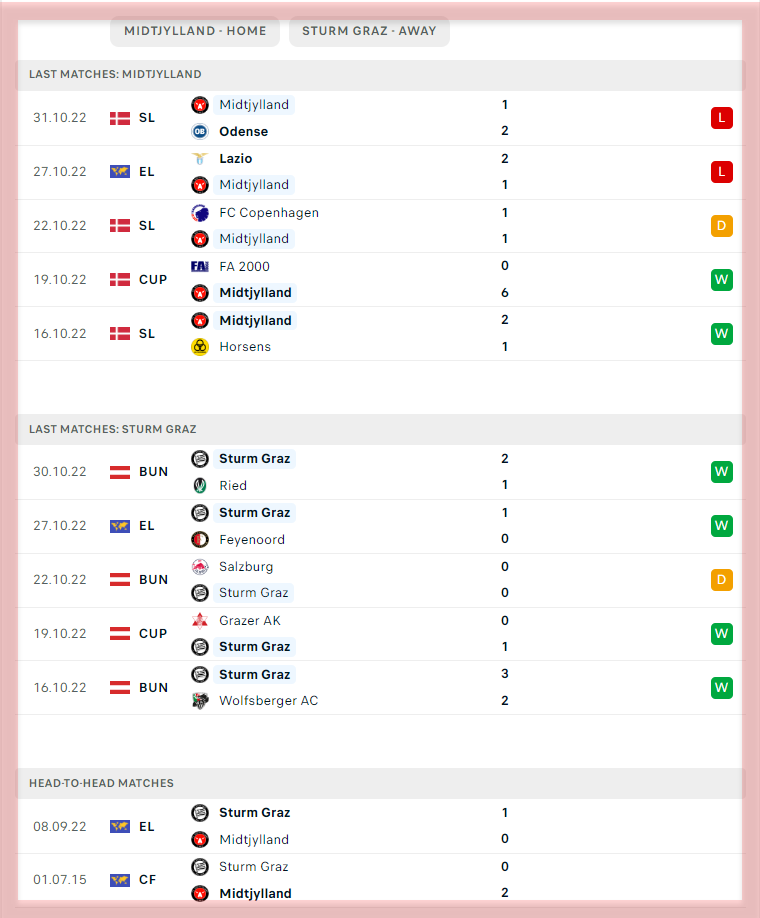