The weekend’s Ligue 1 action begins on Friday evening, as Marseille welcomes Angers to the Orange Velodrome in the hopes of avenging their week’s loss.

After squandering a lead on Tuesday, the hosts missed out on a chance to move into second place, while their next opponents are still stuck in mid-table. 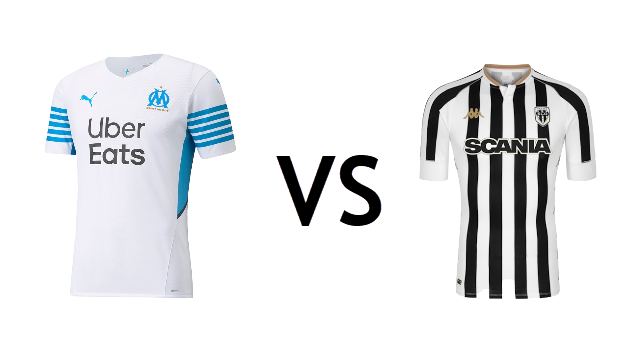 After letting a one-goal lead slip in their rescheduled matchday-14 game away at Lyon, Marseille will have to put the frustration of midweek behind them.

The visitors seized the lead through Matteo Guendouzi in an empty Groupama Stadium – the match had been abandoned in November after Dimitri Payet was injured by a bottle – and would keep it for over an hour.

OM, however, missed out on the chance to go above their rivals for best of the rest, Nice, thanks to Xherdan Shaqiri’s second goal for Les Gones and an 89th-minute winner from replacement Moussa Dembele.

Their feeble title aspirations continue to fade, with a 13-point deficit to runaway leaders Paris Saint-Germain, but they have a healthy five-point cushion over fourth place and will aim to wrest second place from Les Aiglons once more on Friday. Jorge Sampaoli’s club will have a good chance to bounce back against a team stuck in the middle of the table.

Angers have finished 9th, 12th, 14th, 13th, 10th, and 13th in the last six seasons since returning to the top flight in 2015, and are set for another middling season this season.

SCO is currently ranked 12th in the standings, with memories of their strong early-season success – which saw them challenge for European slots for a brief while – fading by the week.

Their recent form has been concerning, with only one victory and three losses in their previous five league games, as well as an embarrassing Cup de France exit at the hands of fifth-tier Linas-Montlhery.

Another dismal defeat occurred last Saturday, with a Batista Mendy own goal allowing bottom-placed Saint-Etienne to break a record of seven consecutive league losses with a 1-0 victory.

Gerald Baticle does have one bright spot, Angers’ remarkably great record against Les Olympiens, with Angers winning one and drawing two of their previous four meetings.

Sead Kolasinac and Cedric Bakambu, Marseille’s new recruits who were not registered in time for Tuesday’s game, will now be available, but they are unlikely to break into the starting XI just yet.

Pape Gueye and Bamba Dieng, though, are currently on international service with Senegal at the Africa Cup of Nations, so Sampaoli will have to make do without them.

Gerson has also been with his national team for the South American qualifiers, but he could return in time after missing Brazil’s 4-0 victory against Paraguay.

After Morocco’s AFCON exit, Sofiane Boufal and Azzedine Ounahi, as well as Souleyman Doumbia, should return to the Angers starting lineup, but Enzo Ebosse and Stephane Bahoken will remain with Cameroon. Bilal Brahimi moved to Nice, while Dzenit Hajdarevic and Marin Jakolis joined in January.

Our Prediction: Under 3.5 Goals
While their recent form against Angers has been surprising, the added talent in Marseille’s roster should see them return to winning ways, so we’re picking them to win 2-0 on Friday.