Both ensembles will arrive at the tie in opposite attitudes. The Red Devils haven’t been climbing trees lately.

Last Sunday, they were thrashed 4-1 by bitter city rivals Manchester City at the Etihad Stadium.

Rangnick and his team have one last train to catch if they want to play in the Champions League next season.

Spurs are two points behind United in the league, but they have two games in hand.

Antonio Conte’s side will be confident after a 5-0 thrashing of Everton in the previous Matchday.

Harry Kane scored a brace on Monday night in London. The English talisman should have no trouble getting past the porous United backline here.

Cristiano Ronaldo, who strangely missed the city derby last weekend, is unlikely to play. The condition in their dressing room is not great, especially after the Citizens disaster.

So we think Tottenham at 3.30 is a great bet. At 2.10, you may support Harry Kane to score anytime for the visitors. 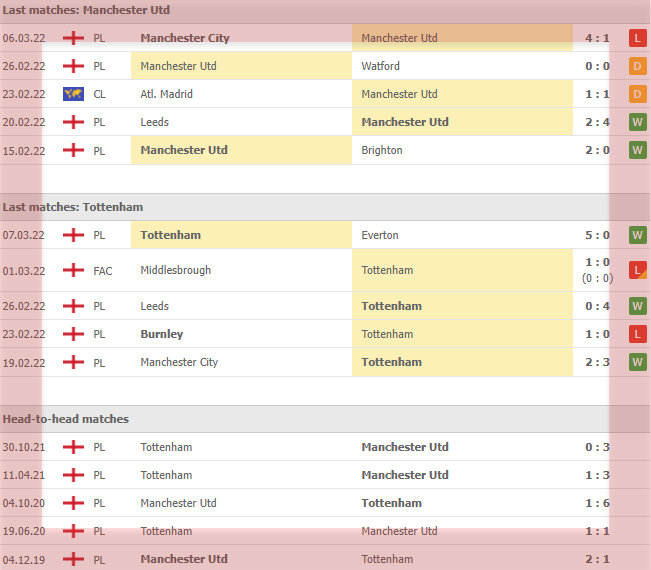