Manchester United vs Arsenal – This season, Arsenal has been without a doubt the finest side in the English premier division, and they are, unsurprisingly, ranked first in the table. It should go without saying that they have a perfect winning record up to this point. Manchester United is in the process of steadily trying to turn around its campaign.

They have had a terrible start to their season. Their first two games were losses, with the second one coming against Brentford, who had just been promoted to the top division.

But since then, they have been able to slightly improve their campaign. They did defeat their bitter rivals Liverpool, and they then defeated Southampton after a spirited battle. They will have a true test this Saturday at Old Trafford, though.

The Gunners are the only team in the whole competition that has not yet lost a point. Only Manchester City and Liverpool have scored more goals in the competition than they have after five matchdays with five wins on the board.

The Red Devils and the Gunners are two teams that are keen to compete against one another because they are both regarded as heavyweights of the English premier division. The reason is that both of these teams have excellent goals in front of them, and a win this weekend would be a huge confidence boost for any of these teams.

Expect goals to be scored on Sunday from both ends of the field, based on the current situation.

Four or more goals were scored in the previous two games, and The Gunners had triumphed 3-1 in their most recent match.

The most recent encounter here had resulted in a 3-2 victory for the home team, and Goals from both teams were scored in eight of the previous nine meetings at this venue.

The Red Devils are now on a two-game winning streak and during that time, they even defeated none other than Liverpool.

Although they had a rough start to their campaign, it now appears like Erik ten Hag’s strategies are working for the team.

The Gunners, on the other hand, have won their last six games and 12 of their previous 13 contests. Keep in mind that they have also scored 19 goals overall in their previous six games. 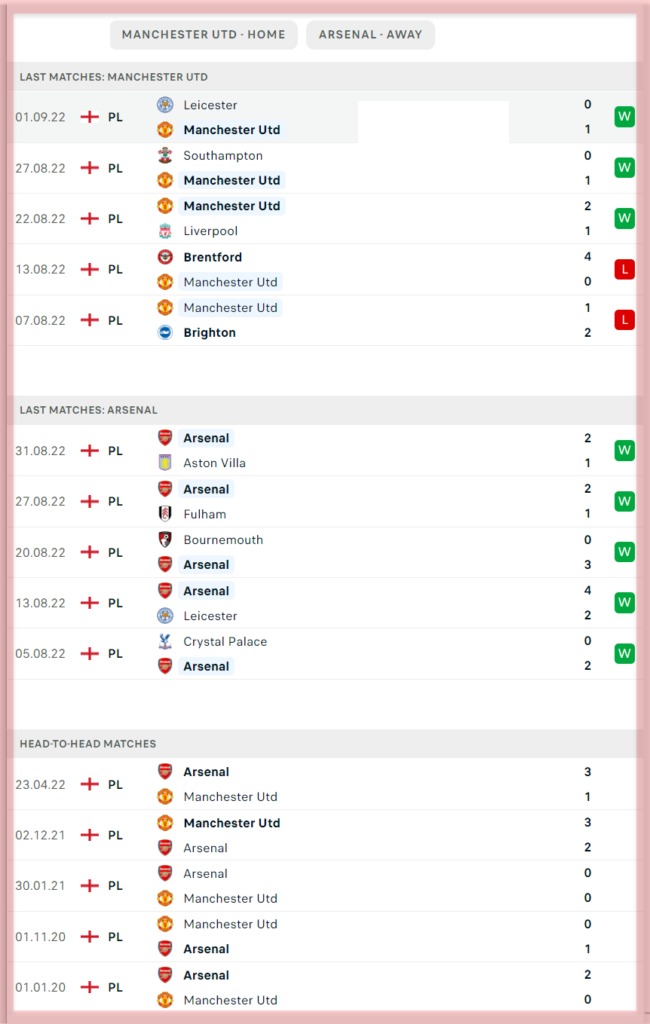