Man Utd vs. Brentford – Manchester United‘s last home game of what has been a very bad season in the Premier League will be on Monday night. Brentford will come to Old Trafford.

The Red Devils are currently sixth in the table, five points behind fourth-placed Arsenal, who have two games in hand. Brentford are in 12th place, having had a great season in the top flight.

Man United came from behind to draw 1-1 with Chelsea at Old Trafford on Thursday night. Marcos Alonso put the Blues ahead in the 60th minute, but Cristiano Ronaldo equalized two minutes after that.

Ronaldo is still getting a bad rap from some people, but this season, the Red Devils would be lost without him. The 37-year-old has scored 23 goals in all competitions, including 17 in the Premier League.

Man United’s chances of finishing in the top four of the English Premier League are over. They have lost three of their last five games, and they have only won one of their last six games in the top flight. This has put them in sixth place, five points behind fourth-placed Arsenal, who have two games in hand. They’re three points ahead of seventh-placed West Ham United, who have a game in hand, but Wolverhampton Wanderers in eighth are just six points behind and could miss out on Europe.

Man United will play Brighton & Hove Albion and Crystal Palace in their last two games of the season. They can only finish with 64 points, which is already their lowest-ever total in the Premier League. This could be a record-breaking season for the club for all the wrong reasons.

Brentford, on the other hand, have done very well in their first season in the Premier League. The club is on track for another season at this level of football.
This season, the Bees have won 11, drew 7, and lost 16 of their 34 league games. They have 40 points, which puts them 12th in the table, 11 points ahead of 18th-placed Everton, who have two games in hand.

Thomas Frank’s team is in great shape, having won over Chelsea, West Ham, and Watford in their last three Premier League games. They also held Tottenham Hotspur to a goalless draw in their last game on April 23.

Brentford has actually won five of their last seven league games, with only one defeat in the process. They will finish the season with games against Southampton, Everton, and Leeds United.

It will be the Bees’ first trip to Old Trafford since they lost 2-1 to Manchester United in the League Cup in 1975. The Bees are playing in the top flight of English football for the first time since the 1946-47 season.

In Monday’s game against Brentford, Edinson Cavani and Luke Shaw will not play for Manchester United again. Paul Pogba, Harry Maguire, Mason Greenwood, and Harry Maguire will also not play.

If Aaron Wan-Bissaka, Fred, and Jesse Lingard come back, they could all be in the team. But Jadon Sancho has tonsillitis, and he might not be able to come back before the end of the season because of that.

Alejandro Garnacho made his debut for the Red Devils against Chelsea, and he wants to play again. It would not be a surprise to see the same starting line-up from the game with the Blues again.

Rangnick might play again. Fred, who has been out with a hip problem, might come off the bench. Marcus Rashford could be in danger from Juan Mata, but it might just be the same again from Rangnick. 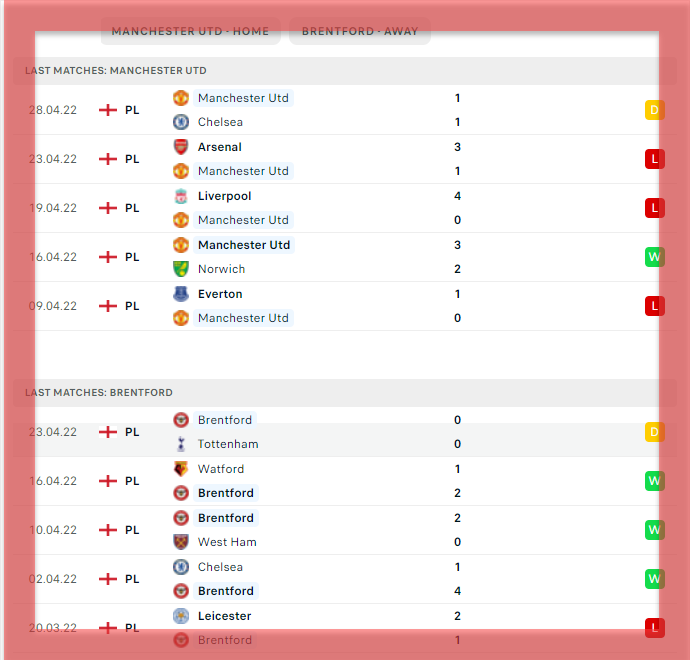