Magpies vs Crusaders – Preview and Prediction

Magpies vs Crusaders – This Thursday, the two teams will square off in an attempt to earn a spot in the 2018 Europa Conference League. Goalscoring prowess is something to keep an eye on for both of these groups.

Both the Magpies and the Crusaders have been finding the back of the net at an incredible pace, both at home and away. We should expect a high-scoring game at the Victoria Stadium based on the current situation.

The Magpies have scored three or more goals in each of their last five games, and four of those games have also yielded four or more goals. Additionally, they had won six of their previous nine overall contests.

The Crusaders, on the other hand, have scored three or more goals in 15 of their last 16 games. This team had gone on a six-game winning streak in their last nine consecutive home games.

On top of that, they’ve won five straight away games and 11 of their past 13 road outings. Notably, they had won five games in a row prior to that, as well as six in a row overall. As a result of these findings, Thursday’s matchup between the two squads is expected to be a goal fest.

Magpies vs Crusaders – Head -to- Head 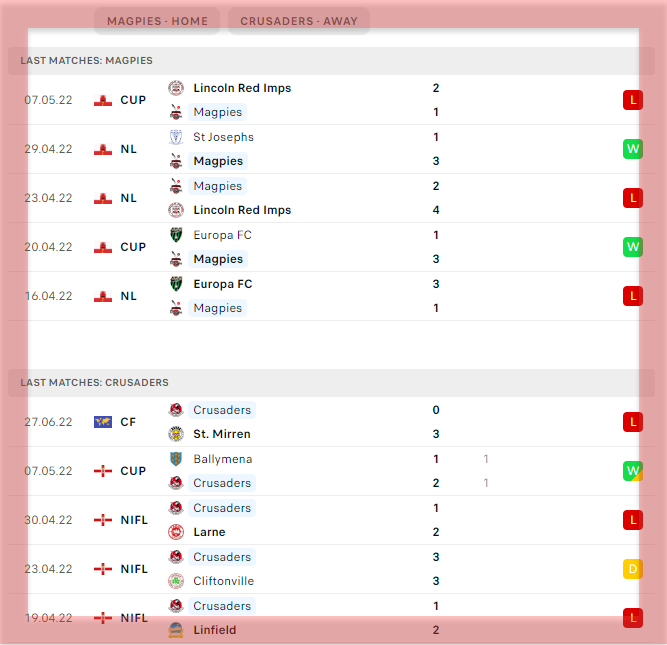