Lyon vs Toulouse – Preview, and Prediction

Lyon vs Toulouse – After losing to RC Lens 1-0 in their previous match in Ligue 1, Lyon will be looking to avenge that loss here. In that game, Lyon had a 48% possession advantage and made 4 shots on goal, but none of them were successful.

The truth is that Lyon have conceded 8 goals while failing to stop their opponents from scoring in 5 of their last 6 matches. If that pattern continues into the upcoming game, we’ll find out. Prior to this match, Lyon had gone 11 games against Toulouse without suffering a league loss.

A protracted winning streak. In their most recent game, Toulouse defeated Montpellier 4-2 to enter this match on a winning note. Toulouse controlled 43% of the possession in that game and made 12 efforts on goal, scoring on six of them.

According to the statistics, Toulouse has allowed goals in 5 of their last 6 games, giving up 12 goals altogether.  Toulouse has observed their weaknesses from the back. Toulouse had lost all three of their league games they had played before this matchup.

There is only one fitness concern for Toulouse manager Philippe Montanier in a team that is otherwise fully healthy. This game won’t include Rhys Healey (Cruciate Ligament Rupture).

We believe Lyon can and should be able to generate a respectable number of opportunities and shots on goal. Toulouse may struggle to score, but we do expect them to do so at least once in this situation. Therefore, by the time the referee blows the final whistle, we anticipate Lyon to have won 3-1.

Lyon vs Toulouse – Head -to- Head 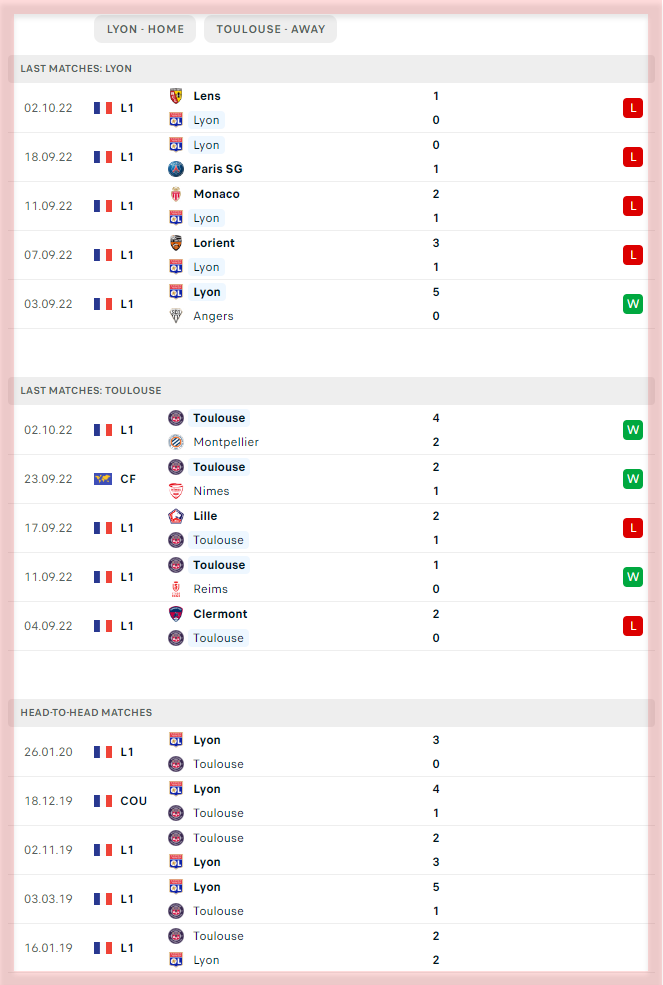