Lyon vs Lille – Preview, and Prediction

Lyon vs Lille – In a Ligue 1 match, Lyon will host rival Lille on Sunday at Parc Olympique Lyonnais. Lille and their travelling supporters will be hoping for a repeat of their 4-3 victory over Monaco.

To earn a total of 22 points, Lille won seven, drew one, and lost four games. They presently hold the sixth-place position in the league rankings. In the previous 8 games that Lille have played, goals have been celebrated 27 times, indicating their propensity for exciting games.

Given that pattern, over 2.5 goals is a must-choice alternative. Lyon, meanwhile, enjoyed a strong start, showcasing their potential from the previous season. The team won games in a steady stream during the first five games.

Prior to this season’s outstanding start, their fans had high expectations for them. However, they were unable to continue their strong start, as the squad dropped 4 straight contests.

However, they ended their six-game winless streak by defeating teams like Montpellier in the previous round. Moving forward, Lyon will face a difficult challenge when they take on the hotly favoured Lille on Sunday. So anticipate an intriguing confrontation between these two.

Currently, Lille has gone 12 games without losing to Lyon. In eight of those 12 matches, both teams scored. In the previous eight years, Lyon has failed to defeat the visitors at this venue.

In six of the last 10 games played at this stadium, there were more than 2.5 goals. The success of Lille has been significantly attributed to Canadian striker Jonathan David, who is third on the list of top scorers in Ligue 1.

David, who contributes to their offensive and has scored over two goals per game in their 12 games this season, should be expected to score. However, they have allowed up to 21 goals in these 12 games, so Lyon will undoubtedly have a shot of scoring.

Lyon vs Lille – Head -to- Head 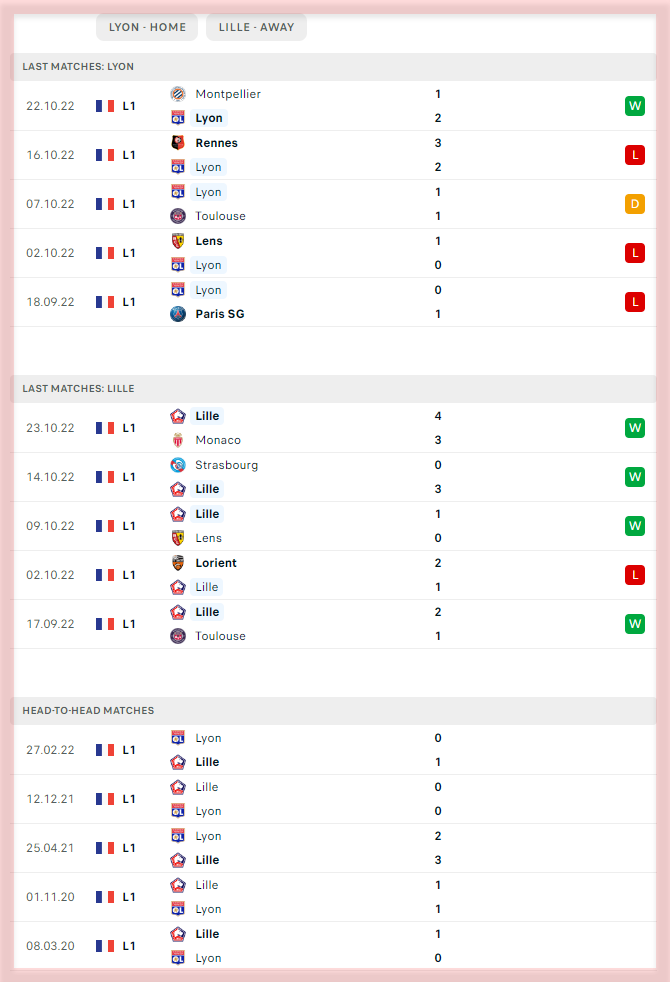