Lyon vs Angers SCO -Following their 2-1 Ligue 1 victory over AJ Auxerre, Lyon, who won their previous game, will be hoping for a similar outcome.

In that game, Lyon had a 62% possession advantage and made 20 attempts on goal, eight of which were successful. Tetê and Karl Toko Ekambi scored goals for Lyon in the 29th and 72nd minutes, respectively.

Two of Auxerre’s six attempts at goal were successful. For AJ Auxerre, the goal came from Mattias Autret (80′). In five of the last six matches where Lyon played, three goals or more were scored per game.

Angers SCO and their visiting supporters will be hoping for a better outcome after losing their most recent Ligue 1 contest against Reims.

Angers SCO had 58% of the possession in that game and 3 of their 10 shots on goal were successful. Adrien Hunou (67′) and Sofiane Boufal (59′) scored goals for Angers SCO.

Goals have been celebrated 20 times in the previous six games played by Angers SCO, with a mean average of 3.33 goals scored in each game.

Peter Bosz, the manager of Lyon, will be relieved that there are no fitness concerns before this match because the team is fully healthy and prepared.

Gérald Baticle, the manager of Angers SCO, has no concerns about fitness going into this game because the entire healthy group is available for selection. 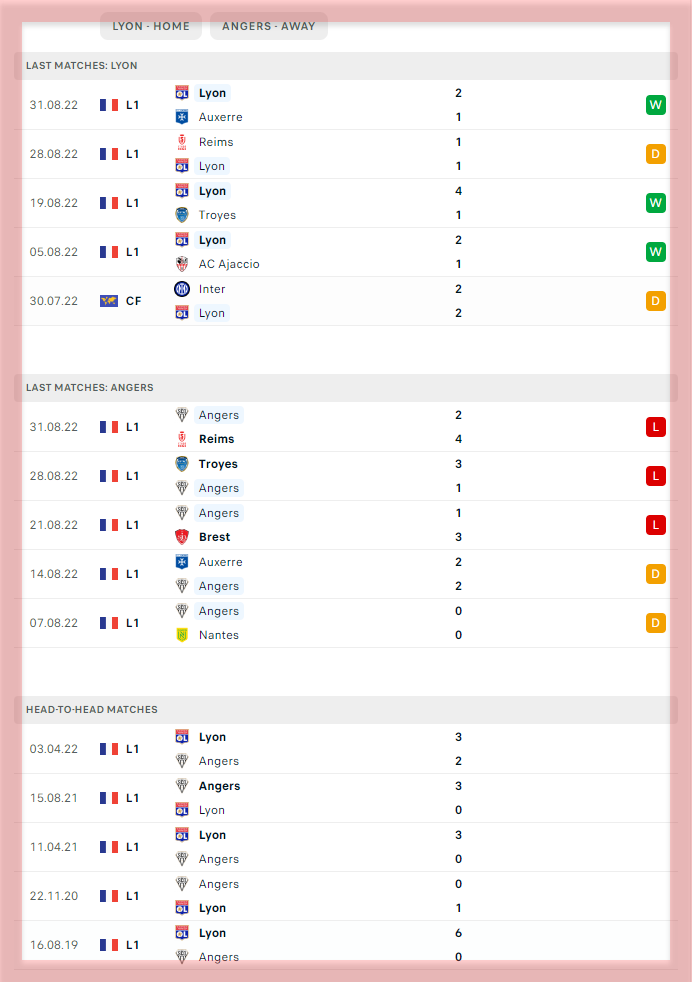