Lyon vs Angers – preview and prediction

Lyon vs Angers – Angers have had a string of poor results, and they have been conceding a lot of goals. They are edging closer to the relegation zone, and have put themselves under undue pressure.

On top of that, they’ve had a bad run on the road. They have nine games left in the league, and if they do not get some crucial points, they will find it difficult to escape the relegation dogfight unscathed.

Meanwhile, Lyon is one of the finest teams in France’s top division, even if they haven’t been at their best recently. They are still in the top part of the table and aiming for a top-five finish. To do so, they’ll need a six-point advantage.

As a result, this forthcoming match-up is a crucial opportunity that they cannot afford to miss. At the Parc Olympique Lyonnais on Sunday, Lyon is expected to win.

Angers, on the other hand, had lost seven of their previous eight games overall, as well as five of their previous six away trips. It’s also worth noting that they’ve only won two league games away from home in the last 12 months.

Based on these observations and previous head-to-head statistics, Lyon should win on Sunday at home.

Meanwhile, Lyon has only lost three times at home all league season, one of which was against defending champions Lille and the other against third-placed Rennes.

Losing Caqueret ahead of such a key season is a significant setback for this Lyon team, but a rejuvenated Gones side still has the attacking nous to continue their impressive goal-scoring trend at home. 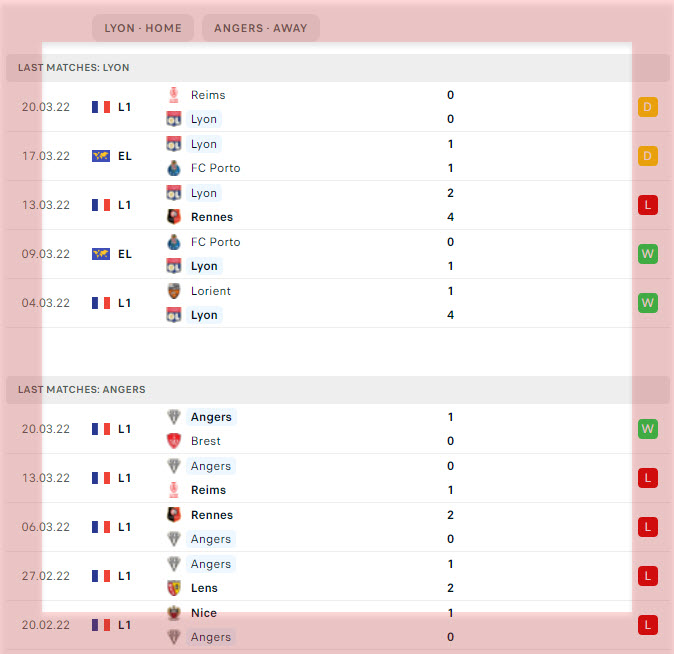