Lyngby vs Midtjylland – Preview and Prediction

Lyngby vs Midtjylland –In the previous First Division season, Lyngby was having a strong run. They finished that season in second place thanks to their strong performance.

They were consequently promoted to Denmark’s top division for the current campaign. Midtjylland, meanwhile, had a respectable Superliga campaign last year.

Most of their games have gone unbeaten, and they have been able to finish the season in the safe zone. Due to their position, they qualified for the Champions League this season. In five of their last six meetings with Lyngby,

Lyngby are seen competing in a series of friendlies prior to competing in top division games. They had an erratic run, documenting varying shows from those amicable outings.

They then went on to lose two and draw one of their subsequent three Superliga games, remaining winless.
They are presently maintaining an undefeated streak at home.

They haven’t lost in any of their last five home games, including recent friendlies. However, the majority of them came from home friendlies and the First Division, so they won’t mean much going into this match.

Midtjylland, on the other hand, has recently played several respectable teams in a variety of competitions. Following the friendly, they played the Champions League qualifying games.

The most recent of those was a road semifinal loss to Benfica by a score of 4-1.Currently, Midtjylland maintains a strong road performance.

The aforementioned first leg loss to Benfica in the qualifying semifinal was their only competitive setback in their previous eight away games.According to the stats, Midtjylland will beat Lyngby on Friday.

Lyngby vs Midtjylland – Head -to- Head 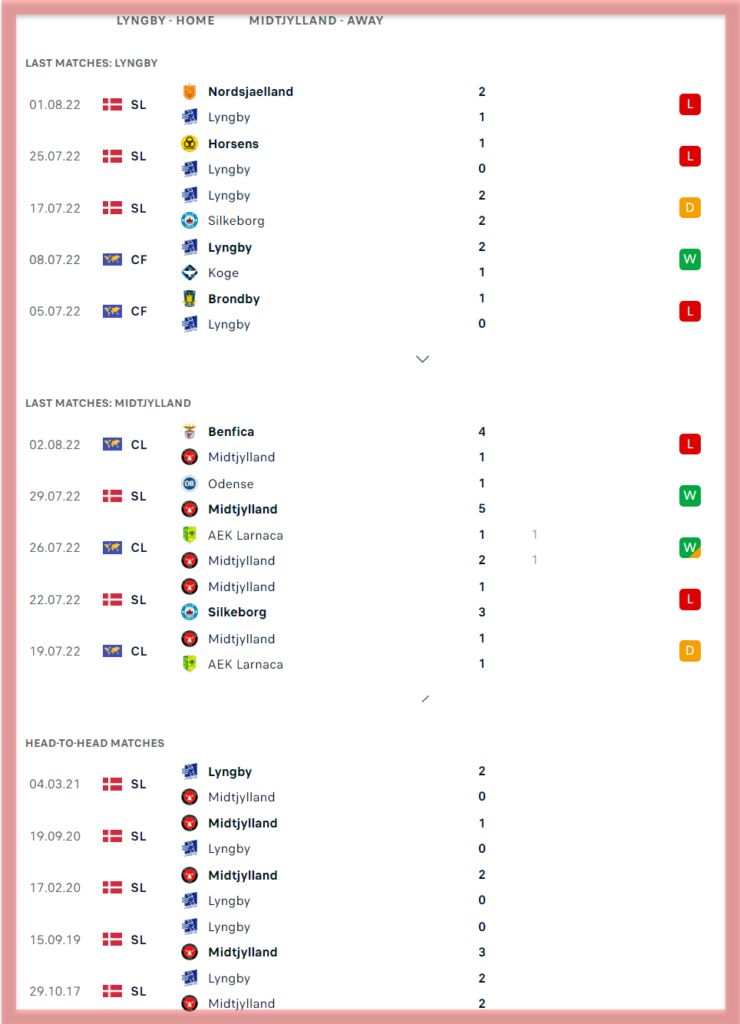