They were able to pick a location on the table that was safe because to their pleasant records from the start. They recently reached the summit and will be attempting to hold it.

Seattle Sounders, however, had a mediocre start to this campaign. Their results in the first five games were primarily winless and outside of the Western Conference table’s safe zone.

They have been operating the same way thus far, and they will do anything to break the league’s winless streak.
Los Angeles FC and Seattle Sounders have met six times in head-to-head competition, with two wins, two draws, and two losses each.

In four of the last six head-to-head matches between these two teams, the both teams to score option was successful. Los Angeles FC defeated their opponent by a score of 3-0 in their most recent meeting here.

The most recent league match Los Angeles FC played saw them defeat Sporting Kansas City 0-2 on the road. In the previous five league games, they had recorded four victories.

They are now maintaining a strong form at home as well. Los Angeles FC has won all four of its recent home league games while scoring goals at a respectable rate.

On the other hand, in their most recent league match, Seattle Sounders defeated Colorado Rapids 2-1 at home. With that victory, they put an end to the league’s three-game losing run.

The Seattle Sounders are currently inconsistent on the road, which is disappointing. They have suffered road losses in three of their last four league games. Additionally, they are now on a two-game league road losing streak.

In light of the aforementioned statistics, we are left to support Los Angeles FC in its Saturday matchup versus Seattle Sounders. 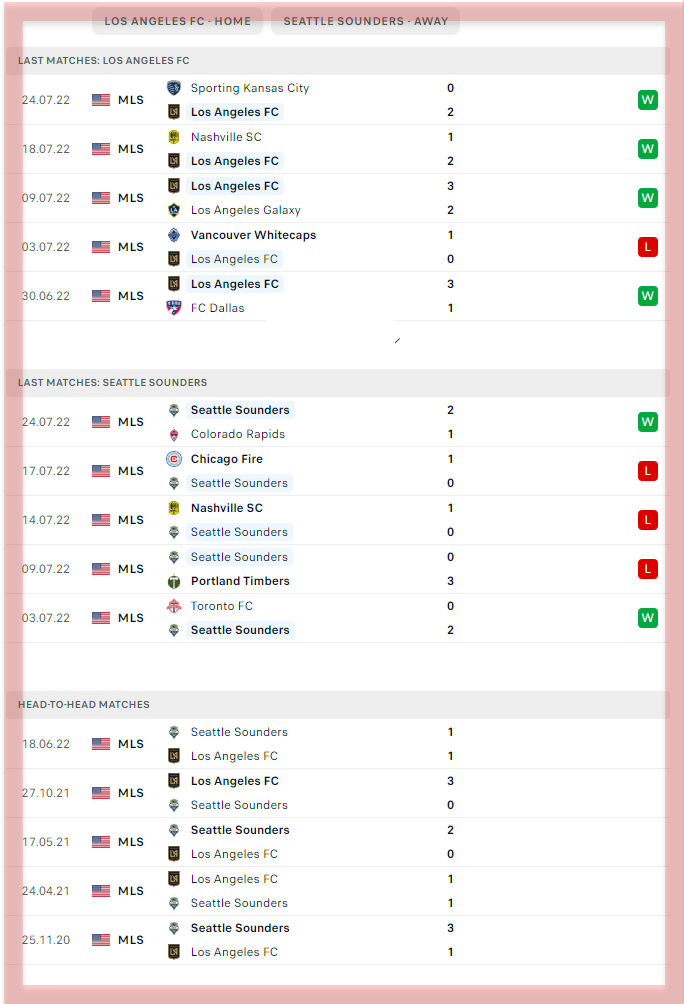