It’s also worth mentioning that they’ve gone undefeated at this location thus far in the tournament, with only two draws to their name. Austin, on the other hand, might be considered one of the finest offenses in the league.

They, too, have been scoring at an astonishing rate, and if it hadn’t been for a tiny lapse in form in the last week, they could have been vying for first place in the table. In any case, with the two in-form offenses facing face on Thursday, it’s believed that goals will be plentiful.

Against this opponent, Los Angeles has a flawless winning record. In each of their matches, they had scored two or more goals. They won their most recent meeting 1-2 on the road. The most recent encounter at this venue ended in a 2-0 victory for the hosts.

Los Angeles had scored two or more goals in nine of their previous 11 games overall, and they had done it in six consecutive home games. Austin FC, on the other hand, had won four of their last seven games and had been scoring steadily all season. In fact, they are tied for the greatest offensive team in the West for the day with their opponents.

Goals are sure to come from both ends of the field on Thursday. However, given Los Angeles’ strength in head-to-head matchups and Austin’s problems on the road, the former is anticipated to win this game week by 3 points on the day. 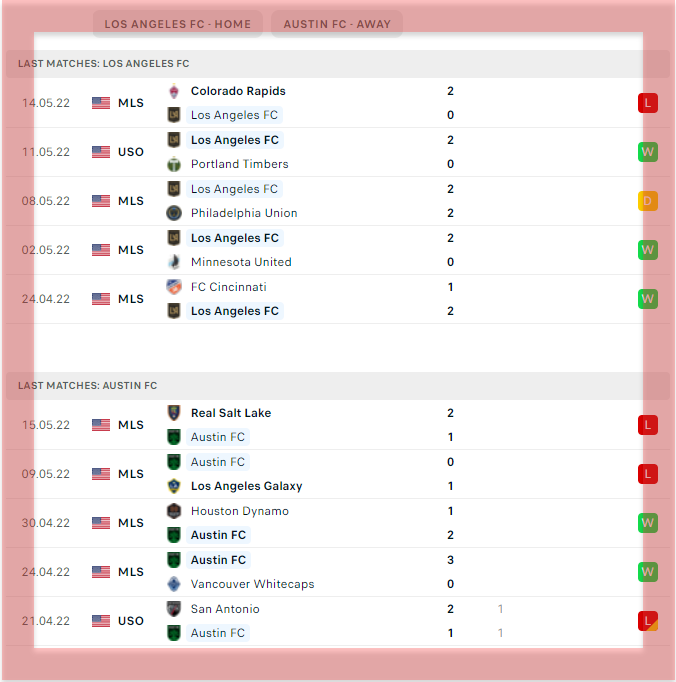