Liverpool vs Newcastle United – Liverpool will hope to build on their 9-0 victory over Bournemouth in the Premier League last time around. Liverpool controlled 71% of the possession in that contest and 12 of its 19 efforts on goal were successful.

Bournemouth had five goal efforts at the other end, and two of them were successful. For Bournemouth, an own goal was scored by Chris Mepham (46′). Recent Liverpool games have often been exciting contests with lots of scoring anticipated.

A total of 23 goals have been scored for both teams in their last 6 meetings (an average of 3.83 goals per game), with 16 of those goals being attributed to Liverpool.

Newcastle United and Wolverhampton Wanderers drew 1-1 in their most recent Premier League match. In that game, Newcastle United had 64% of the possession and made 21 efforts on goal.

In their last six games, Newcastle United under Eddie Howe have scored 10 goals. The total number of goals scored against them in those identical confrontations is six.

Newcastle United had not defeated Liverpool in an away encounter against them in the previous 26 league games entering this meeting. What a terrible string of outcomes.

Alex Oxlade-Chamberlain and Thiago won’t be available for Liverpool manager Jürgen Klopp due to hamstring injuries. Due to his suspension, Darwin Nez is ineligible for this match.

Newcastle United will do well in this game to score even one goal against a Liverpool team that looks poised to dominate. At the end of this one, Liverpool will likely have a very convincing 3-0 victory. 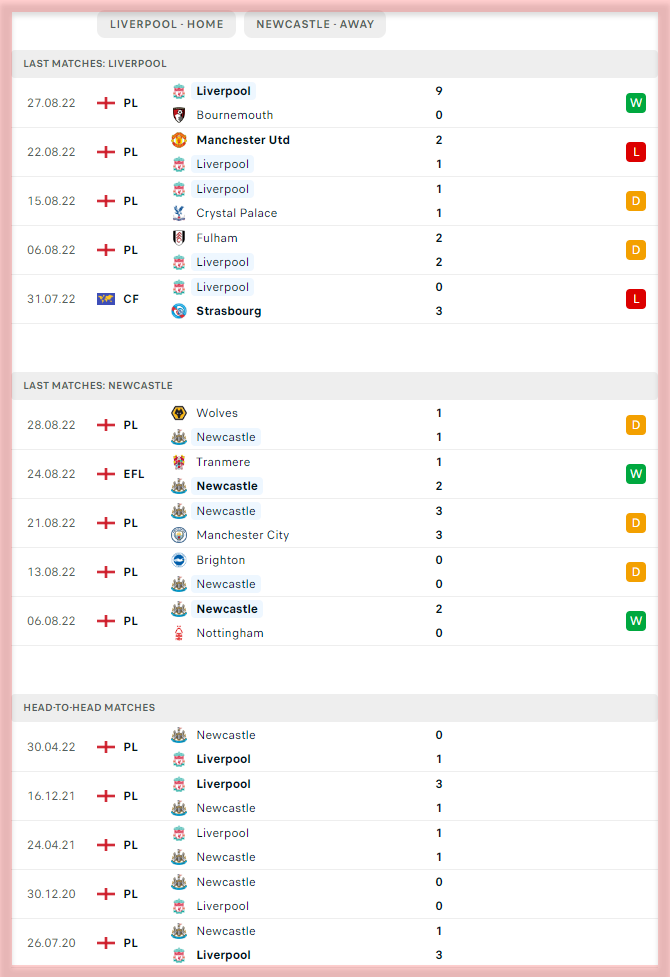