Liverpool vs Napoli – Preview, and Predictions

Liverpool vs Napoli – When it comes to Group A going into the last day of the campaign, everything is very evident. The standings will not change on Tuesday unless something extraordinary occurs.

As a result, Napoli will complete the group as the champion, Liverpool will advance as the runner-up club, Ajax will continue their UEFA Europa League adventures, and Rangers will finish at the bottom of the standings.

Theoretically, Liverpool might surpass Napoli on Tuesday at Anfield if they win by a score differential of at least four goals.

However, nobody can foresee such an event. So far this season, Napoli has been the hottest team in all of Europe. They are currently operating at full capacity.

The Luciano Spalletti-led squad has a remarkable 20-4 goal differential after five games in the Champions League. During the run, Liverpool was destroyed 4-1 at Stadio Diego Armando Maradona in the first-round match.

Since then, the Reds have won every game in the top continental competitions, but because to Napoli’s incredible play, they are only in second place in the group despite their victories.

Additionally, I Partinopei are performing significantly better than Liverpool in the domestic league. After 12 rounds, Napoli holds the sole leadership position in Serie A, while Liverpool is now well behind in the Premier League rankings.

Liverpool has never enjoyed playing against Napoli, and the Partinopei enters this match with a record of three victories and a tie from their previous four meetings with the Reds.

As was already mentioned, Napoli celebrated a crushing 4-1 victory over Liverpool in the season’s opening match. It’s intriguing that the bookmakers named Liverpool the heavy favorite to win this match.

Due of their busy schedules, both managers could actually rest some of their star players, but the value is unquestionably with the visitors at 4.50 odds. 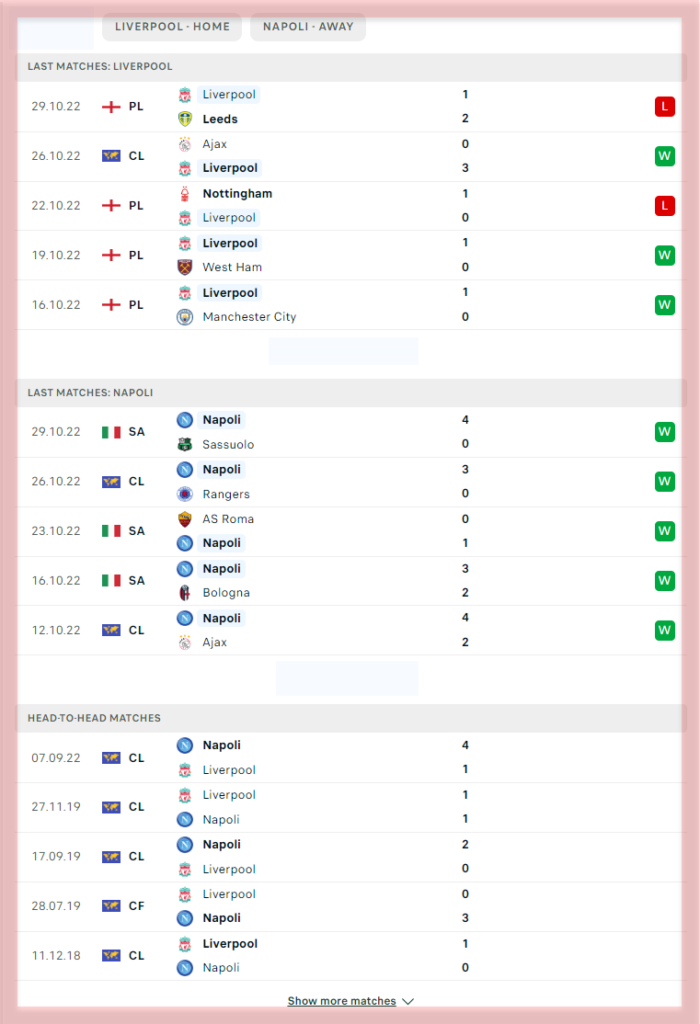