Liverpool vs Man Utd – Sadio Mane scored twice and Ibrahima Konate scored a header in the FA Cup semi-final, and Pep Guardiola’s side couldn’t mount a comeback despite equalizing via Bernardo Silva and Jack Grealish.

With City not playing again until Wednesday, a win in front of their home fans would dethrone the league leaders for at least 24 hours.

No English top-flight team has performed better at home than Liverpool this season, and their opponents will have to work hard to add to the measly seven home goals conceded by Klopp’s side this season. After an early double from Cristiano Ronaldo, Norwich City answered with Kieran Dowell’s header and Teemu Pukki’s near-post finish in front of a disgruntled Old Trafford crowd.

After 76 minutes, Ronaldo poised over a free kick with his trademark posture before sending an unstoppable effort into the net, claiming his 60th career hat-trick and saving the Red Devils’ bacon.

Despite the fact that Tottenham Hotspur are still three points ahead with a stronger goal differential, Ralf Rangnick’s side have leapfrogged Arsenal into fifth position in the Premier League rankings.

Relegation favorites defeated. Manchester United haven’t maintained a clean sheet away from home in the Premier League since December, losing two in a row to Manchester City and Everton.

They will be out for retribution after being humiliated 5-0 by Liverpool in October, but they haven’t won at Anfield since 2016 and have only scored once in their last six meetings. While Ronaldo’s brilliance pulled Manchester United through against Norwich, he cannot do it alone against Liverpool, even if they have conceded more goals recently than Klopp would like.

Like Norwich, Liverpool’s attackers will be certain they can score. We can only assume the Merseyside giants will win and stay on top for now. 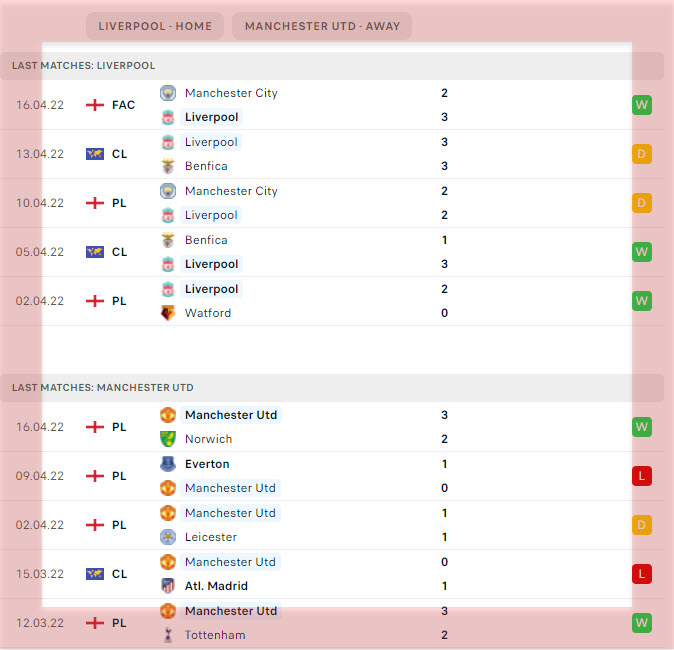