Liverpool vs Inter Milan – For the previous few months, the Reds have been in outstanding form. They’ve been putting up a lot of goals and winning a lot of games. They had also just won the EFL Cup, defeating Chelsea in the final, and are currently vying for the Premier League’s top spot.

They are now only three points behind Manchester City in the Premier League. Inter, on the other hand, has not been in the best of form recently. They have struggled to carry over their form from the previous year to the current one.

To make matters worse, they had already lost the opening leg of the Round of 16 at home. Now they must overturn that gap against Jurgen Klopp’s in-form side. And they’ll have to do it at Anfield, where the Reds have been virtually unstoppable in recent seasons.

Inter will be forced to take a more hazardous approach as a result of this massive undertaking, which will almost certainly jeopardize their chances of making a deep run in the Champions League. The English titans’ in-form offense will take advantage of Inter’s desperation. Liverpool will almost certainly win.

On top of that, this is the second leg of a Champions League quarterfinal match, with the visitors trying to overturn an aggregate score deficit. And, with both teams boasting potent offenses, a goal-fest is a foregone conclusion. 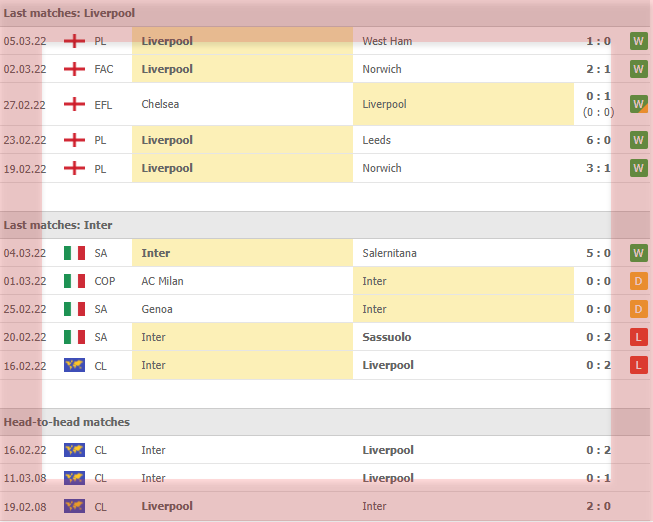