Lillestrom vs SJK – Preview and Prediction

Lillestrom vs SJK – Lillestrom had shown remarkable poise by finishing in the top four of the previous season’s highly competitive Norwegian first division. Since they wanted to compete in a European tournament, this was a prerequisite.

On Thursday, they will be ready to test their luck against the erratic SJK. A fourth-place finish in the regular season standings of Finland’s top division was the best that SJK could hope for. They had failed to win half of their games and had conceded several goals throughout.

In fact, they’ve spent a fair amount of time trying to find a way to strengthen their defence, but so far they’ve been unsuccessful. They’ve been a jumble for a while now, especially out on the road.

And now, to add insult to injury, they’ve lost the first leg in front of their own fans. This Thursday, they’ll be on the road against a superior club that will be really determined to win, and they need to overcome a one-goal disadvantage.

Currently, Lillestrom is on a winning streak and has been scoring goals at a steady rate. They’ve been scoring at will at home for a while, and their streak of success extends back quite a ways.

Lillestrom vs SJK – Head -to- Head 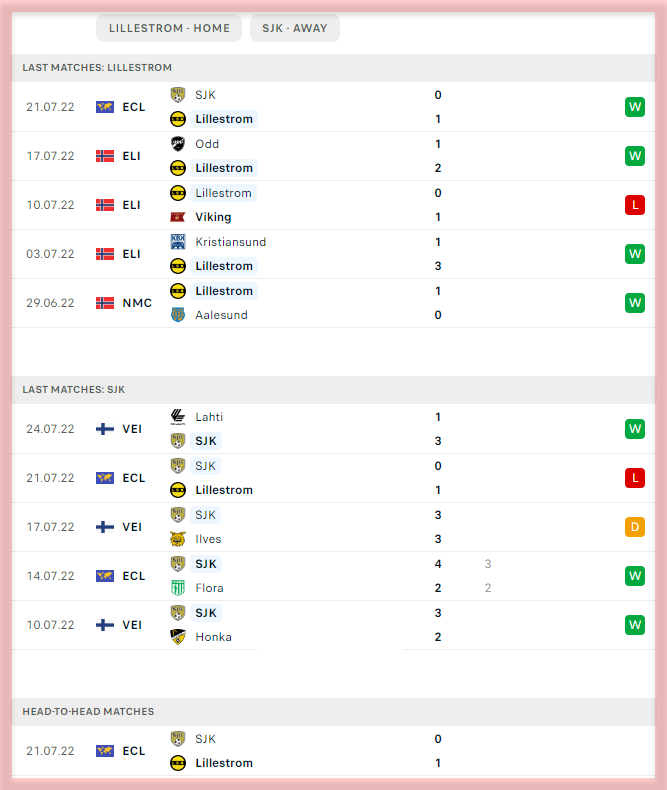