Lille vs Rennes- Preview, and Prediction

Rennes are now fourth in the league table, but they are within striking distance of both Monaco and Marseille, who are tied for second place with a three-point advantage above Genesio’s men.

Rennes has a considerably better goal difference than both Monaco and Marseille, who face Lens and Strasbourg on the last day, respectively.

It means that a win in Lille might offer Genesio and his team a realistic opportunity of clinching a Champions League spot for next season by securing at least one result in the other two key matches on the final day.

Rennes, on the other hand, will face a stiff test in this match against Lille, who have only lost four of their 18 Ligue 1 games at Stade Pierre-Mauroy this season.

Also, the defending champions are coming off a remarkable 1-3 win away at fifth-placed Nice, with Jonathan David scoring a brace.

The home team has a complete advantage in head-to-head competition. Lille has won 17, drawn 8, and only lost two of their past 27 home matches against Rennes. Lille will also come into this match with a three-game winning streak and a draw in their last four meetings with Rennes.

This is the type of match when the numbers and H2H records are ignored. In normal conditions, we would pick Lille because they have a strong home record, whilst Rennes has only won six of their 18 league games on the road this season.

Nonetheless, we must pick the visitors at 1.80 odds because this match has no significance for the hosts, while it might perhaps secure Champions League football for Rennes next year. 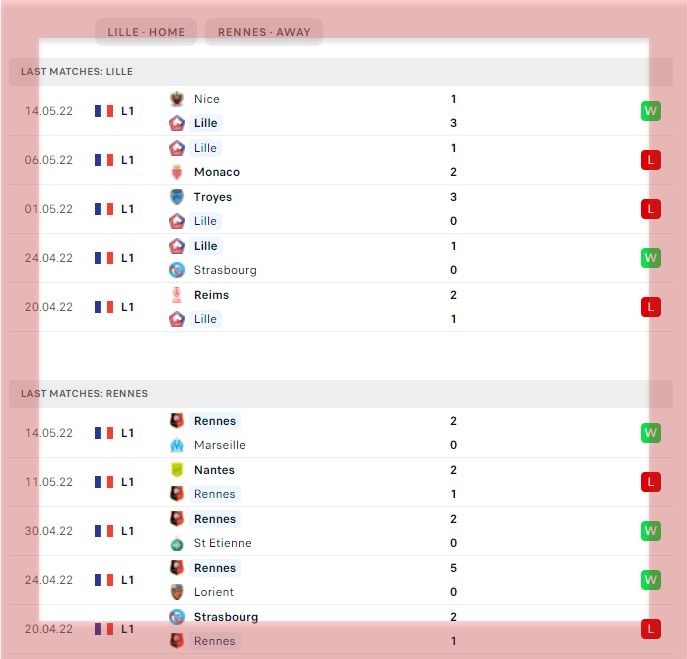