Lille vs Auxerre – Preview, and Prediction

Lille vs Auxerre -Former champions Lille struggled to a mid-table finish during their most recent season in France’s premier division.

Auxerre will be eager to begin their new voyage after finishing third in the second division the previous season. But they face a difficult time soon.

They’ll start their season against past champs on the road. They’ve also struggled defensively and on the road. Their inexperience against top-division clubs will be difficult.

Meanwhile, keep in mind that Lille had won the championship the season before, surpassing teams like PSG along the way.

They have been scoring goals in great numbers lately and have been on a nice run. They are also performing well in front of their home audience.

In their previous six games as a whole, Lille had gone undefeated and had scored two goals or more in four of those games. Keep in mind that since August 2021, they have only lost at home four times in total.

They have not lost since 2010, and in three of the previous four matches, they scored two or more goals. The most recent league game played here had ended in a 2-2 draw. 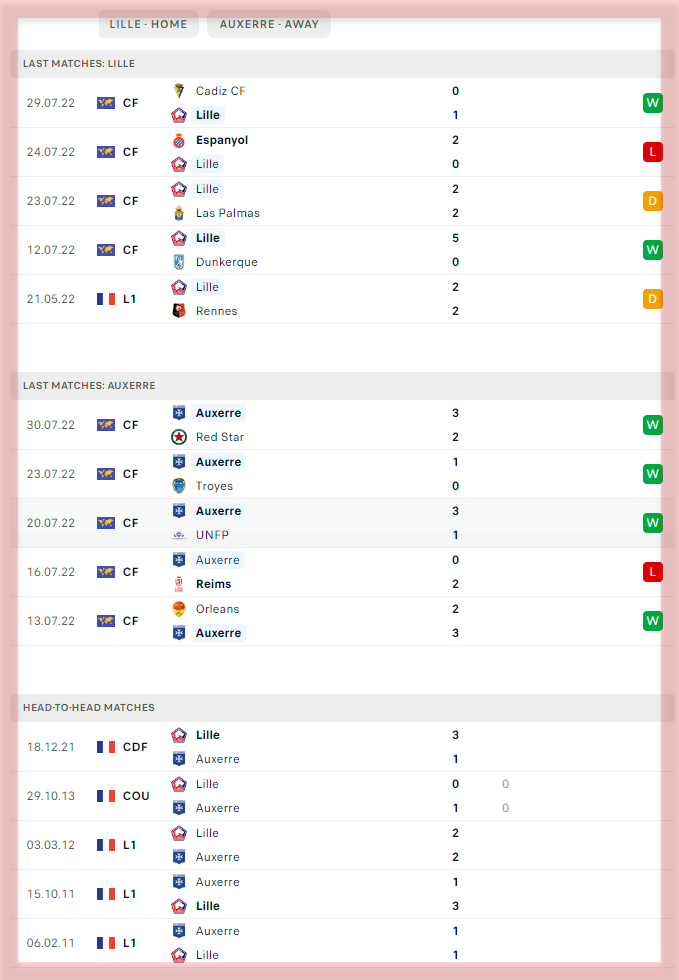