Liechtenstein vs Latvia – Preview, and Predictions

Liechtenstein vs Latvia – Since a number of games, Liechtenstein has had a dismal run. We’ll have to go back to their two-year-old recordings to determine if they cemented a positive outcome.

Such a streak can only demotivate a squad, and it’s a benefit for the opposition when entering a competition.

When looking at their overall and Nations League stats right now, Liechtenstein is the worst of all the teams in Group 1. They have dropped to the bottom of the table after losing each of their three Nations League matches.

Meanwhile, Latvia has had a good run of late, fighting against teams who haven’t been in great form. In the last five excursions, they’ve had four positive results in all competitions.

Their spirits will be high as a result of their current momentum. Latvia last played Moldova on the road in their third Nations League Group stage match, winning by a score of four goals to two.

They were able to rise to the top of the Group 1 standings as a result of the match, as they already had six points before securing the aforesaid victory.

Liechtenstein’s national form is so pitiful. In all competitions, they have lost 9 of their last 10 home games. Their first home match of the Nations League season was against Moldova, which they lost 0-2 to.

Latvia, on the other hand, has recently had a tremendous run on the road. They are currently on a five-game winning streak on the road. Their lone match on the road so far this Nations League season was against Moldova, which they won 2-4.

Furthermore, Latvia has a good head-to-head record versus Liechtenstein. As a result, we believe Latvia will come out on top in Group 1 with a win in this match. 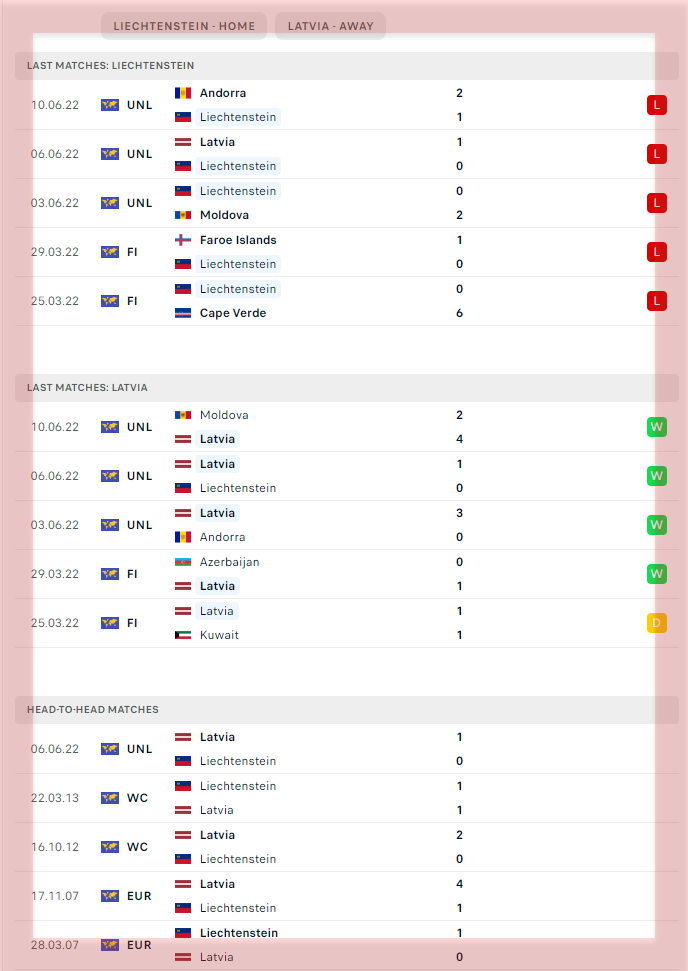