Levante vs. Sevilla – preview and prediction

Levante vs. Sevilla – On Wednesday, Sevilla will face Levante in La Liga 2020-21 at the Ciutat de Valencia. Sevilla have had a fantastic season and are favourites to win this game.

Levante are now eighth in La Liga and have been inconsistent this season. The Valencian side lost 5-1 to Levante last weekend and cannot afford a repeat performance. Sevilla, on the other hand, are fourth in the league and have a slim chance of winning La Liga. The Andalusian giants won their previous game 2-1 and will be optimistic going into this one.

Sevilla has a solid record against Levante, having won 12 of the 23 meetings between the two sides. Levante has only won four games against Sevilla and will need to be at their best. The two teams met in October last year, with Sevilla winning 1-0. Youssef En-Nesyri scored the only goal and will seek to score again.

Nikola Vukcevic and Nemanja Radoja are both injured and will miss this game. Jorge Miramon and Jose Campana are both ill and unlikely to play on Wednesday.

Sergi Gomez is recovering from an injury and is questionable for this game. He has been fantastic this season and will likely start for Sevilla this week. Sevilla have been outstanding under Julen Lopetegui this season and will aim to challenge Spain’s footballing titans in the coming months. It’ll be up to Lucas Ocampos and Youssef En-Nesyri this week , Levante can punch above their weight, but have struggled to make an impact in La Liga. Sevilla are the better team right now and should win this game. 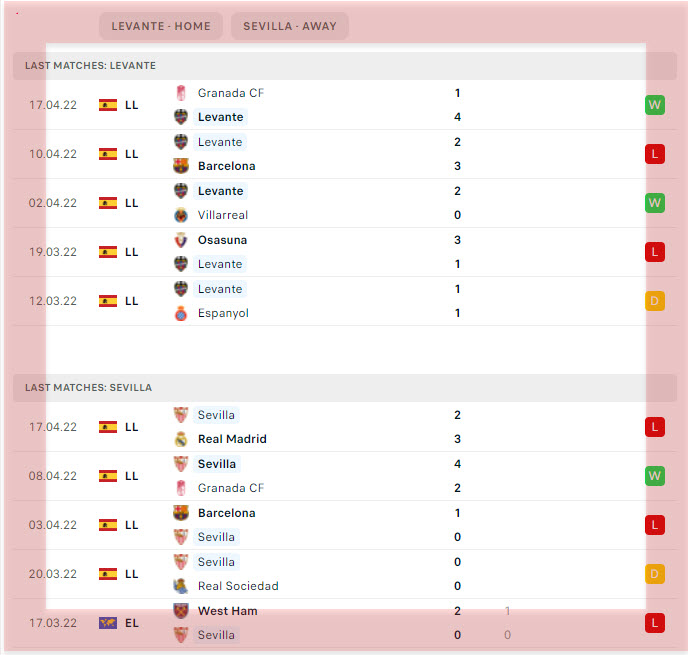