Leeds vs Wolves – Preview and Prediction

Leeds vs Wolves – Leeds should count themselves lucky to have survived last season’s Premier League drop. While this was happening, the Wolves were struggling to keep up with the rest of the pack and wound up finishing in tenth place.

The fact that they might have qualified for one of the European competitions with a surplus of 5 points is likely to damage them. This will serve as inspiration for a more successful campaign next time around.

One issue, however, must be dealt with immediately. The squad has struggled recently, and its 10th-place finish last season was largely the result of their early-season successes.

They have been leaking goals at an alarming rate as of late, and that includes on the road. Leeds, meanwhile, needed a late comeback to keep them from relegation. However, they have lost one of their greatest players in Rafinha and must do without him in the upcoming season.

They were the last team in the Premier League table to be considered completely secure, and they let in a lot of goals all season long. It appears that both teams will have good opportunities to score on Saturday. Furthermore, most head-to-head matches have also included numerous goals.

In the most recent match, Leeds emerged victorious by a score of 2-3. In three of the last six meetings, both teams scored. The most recent game played at this venue ended in a 1-1 tie.

Ten years have passed since the home team last kept a clean sheet at this stadium. Five of Leeds’s last six games included three or more goals, while their most recent game featured eight.

Leeds vs Wolves – Head -to- Head 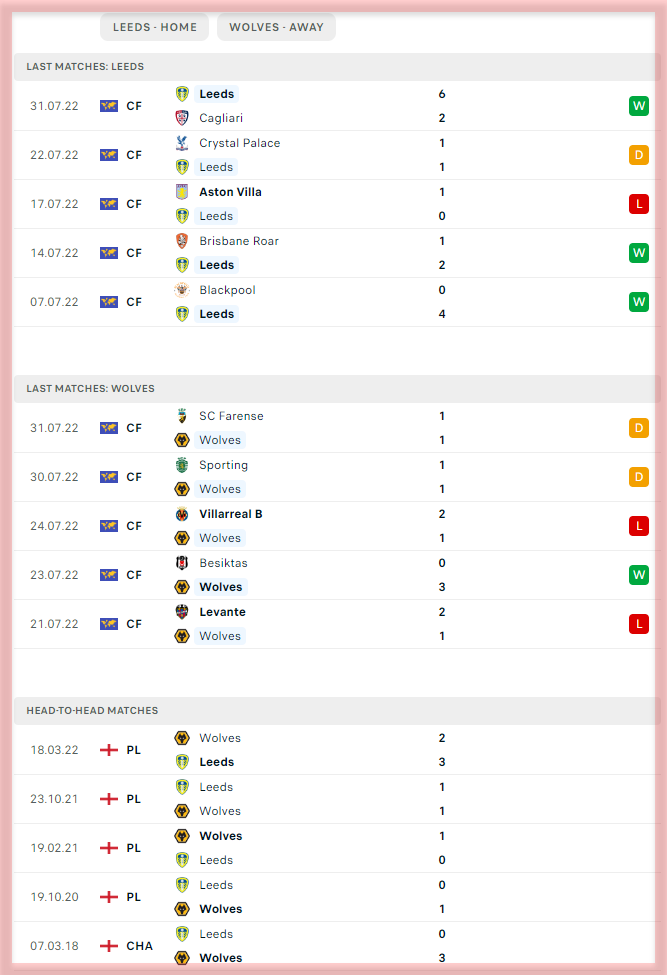