They are currently ranked ninth in the table, and if they had showed this kind of form earlier in the season, they would have been one of the teams selected to represent England in one of the European competitions next year. Meanwhile, Leeds’ fairy story appears to be coming to a close. They are currently 18th in the table, and in order to avoid relegation, they will have to overcome either Burnley or Everton, both of which are in excellent form.

With only three games left in the competition, it is unlikely that the Peacocks will be able to pull this off. In any case, they are under tremendous strain and are already one of the weakest defences in the English Premier League. It goes without saying that they are enormous underdogs against in-form and confident Brighton this Saturday.

Leeds were defeated 2-0 on the road by Arsenal on Sunday, and they are now on a two-game losing skid in which they have conceded a total of six goals. It’s also worth noting that they had gone on a six-match losing streak after dropping 12 of their previous 15 games overall.

Brighton, on the other hand, just won 4-0 at home against none other than Manchester United this past week. They had also gone undefeated in six of their previous seven games, with their only loss coming against defending champions Manchester City. They had also won three of their previous four road trips ,With these considerations in mind, expect Brighton to win this Saturday. Expect plenty of goals as well, given Leeds’ desperate situation. 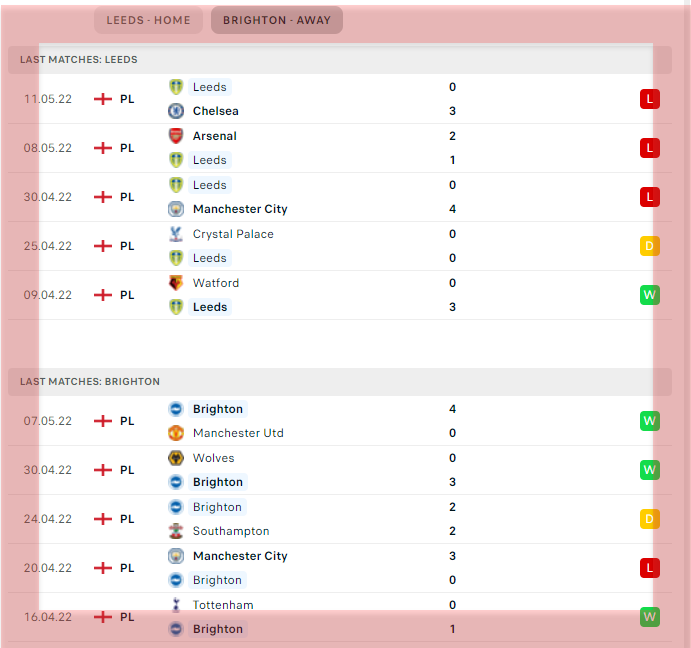