Lazio vs Sampdoria – Preview, and Prediction

Lazio vs Sampdoria –  Lazio has always been one of the finest teams in Italy, and they have shown it once again. They are now sixth in the table, and a top-six finish is required to qualify for the Europa League. A top-four finish is now out of the question, but they must watch out for seventh-placed Fiorentina. So these last three games are vital for the team. Because they are at home, ardent fans will cheer them on to the Europa League.

It also helps that they are facing one of the league’s weaker clubs ,Sampdoria are 15th in a table of 20 and have won nine matches this season. Notably, they have conceded far too many goals this season, and have been a disaster on the road since the start of the campaign. They also have a bad record against this foe. When these two teams meet this weekend, expect Lazio to win.

Lazio had won 3-4 on the road at Spezia the previous matchday, and had won 13 of their previous 18 games overall. Notably, they have only lost three occasions at this stadium since May 2021, against Juventus, AC Milan, and Napoli.  However, Sampdoria did win 1-0 at home against Genoa. But they had lost 15 of their previous 19 games, and only one in 2022. Given these facts and Lazio’s superiority in head-to-head, expect them to win on Saturday. 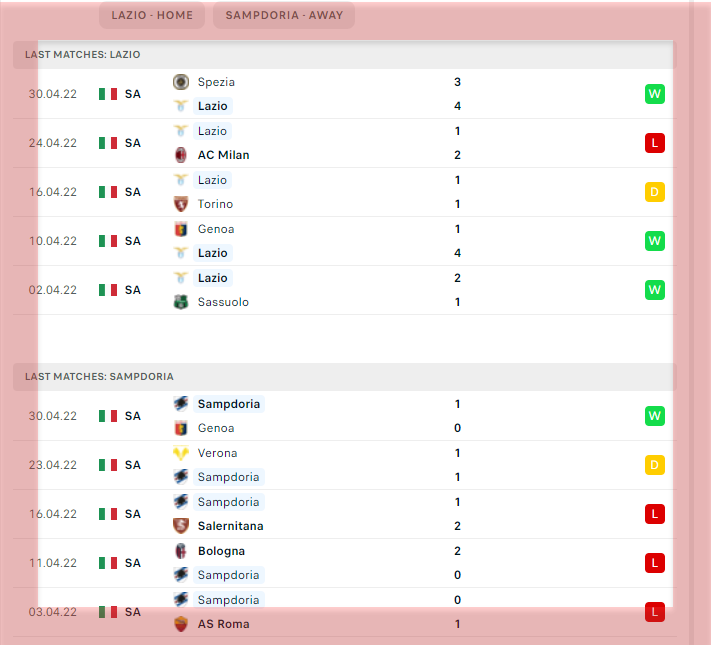