Latvia vs Moldova – Preview, and Prediction

Latvia vs Moldova – Latvia is currently the best team in the group, having a perfect winning record thus far. They are going for promotion to the higher level on Thursday at home and only need a draw to do so. The odds are not good for Moldova, who finished second.

The Moldovans, however, are already exempt from relegation, which allows them the luxury to take chances and aim for a victory on Thursday. However, this is exactly what the Latvian hosts would prefer.

They could win the group with even a draw, so they can afford to sit back and play defence. Their opponents, for whom a win is a must, will need to open up space at the back and start scoring right away. The hosts will cleverly capitalise on these defensive errors.

In addition, the Latvians have an excellent history against this opponent, particularly while playing in front of their own supporters. For these reasons, come Thursday, Latvia is predicted to win.

The Latvians prevailed 2-4 in the most recent game. They have won their last three games. Nine goals were scored during the process. They last suffered a defeat against this rival in a friendly match in 2007.

The Latvians have won five straight games and have gone eight games without a loss. Also take note of the fact that they have scored 10 goals in their last four games. As of right now, they haven’t lost at home since losing to an in-form Turkey team in October of 2021.

Moldova, on the other hand, had lost 36 of their previous 40 games overall and had a losing streak of 10 games, an additional losing streak of 8 games, and two distinct losing streaks of 4 games. In light of these findings, Latvia is predicted to triumph handily on Thursday.

Latvia vs Moldova – Head -to- Head 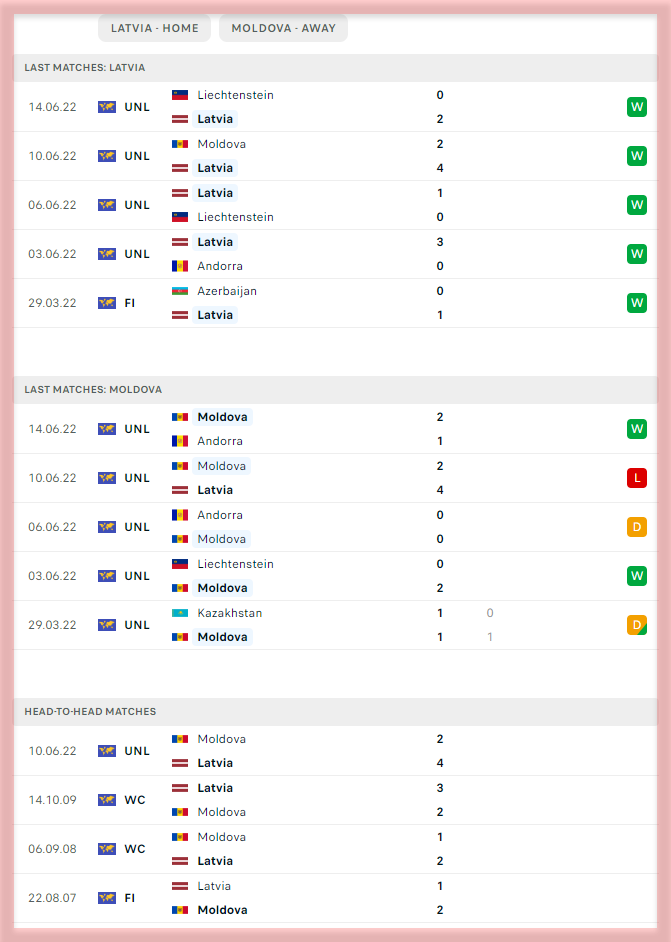