Lahti vs Inter Turku – Inter Turku is the only team to have gone undefeated in the last five games of the competition and boasts the greatest offence in the entire league.

They currently hold the fourth spot in the rankings, therefore their immediate goal is to compete for a podium spot.

And given that they are playing one of the league’s poorest teams this coming weekend, it seems like they might be getting a golden opportunity.

Lahti is currently in bottom place in the standings and has let up the most goals of any team in the league. Over the course of this tournament, they have only been victorious twice, and alarmingly, neither of these victories occurred at home.

Given these observations and Inter’s advantage in head-to-head comparisons, predict a victory for them on Saturday.

Inter had won the most recent match, 5-1, and five of the previous six encounters featured three or more goals. In four of the last five matches played at this venue, both teams scored goals. The most recent game played here had resulted in a 2-1 victory for the home team.

Lahti have gone on two consecutive 2-game losing streaks and were winless in six of their last nine games overall. They had also lost their previous five games here, and during that time, they had even started a three-match losing run.

Contrarily, Inter is now on an eight-game unbeaten streak and has won five of their last seven games. Keep in mind that they have also scored 25 goals overall in their previous eight games. Given these numbers and Inter’s dominance in head-to-head matches, anticipate a victory for them this weekend.

in their last two league meetings against FC Inter Turku, without success. have lost their last seven league games at home. Fans are becoming agitated. 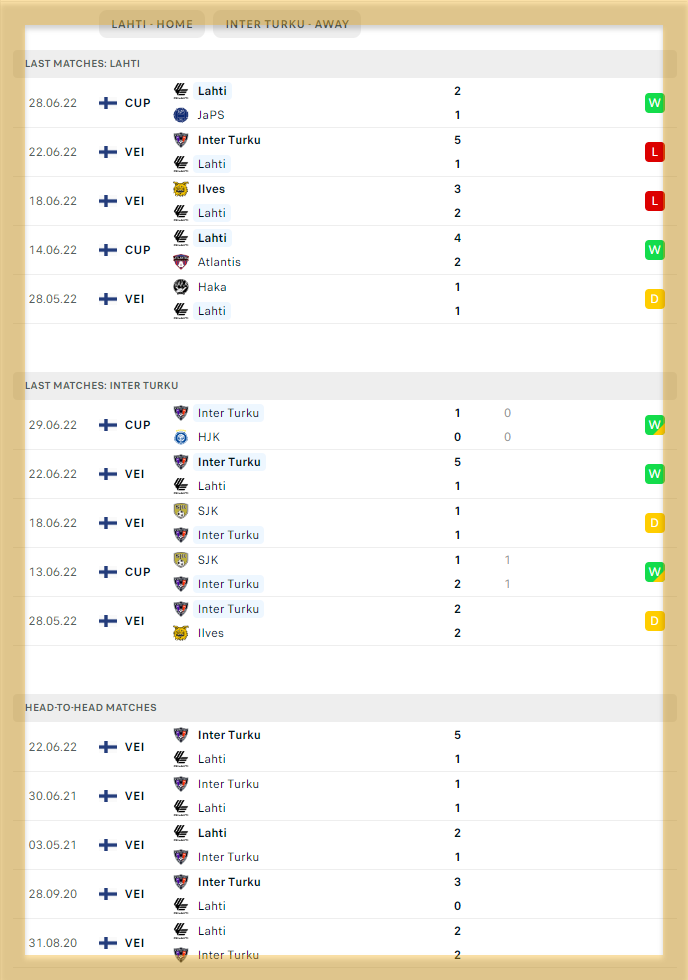