Kristiansund vs Stromsgodset – Preview, and Prediction

Kristiansund vs Stromsgodset – This season has started badly for Kristiansund. They have failed to win and are now at the bottom of the league table. Their offensive and defensive lineups are both underwhelming. Following a disappointing start, they will be desperate to put up a good show.

In their most recent league match, Kristiansund were defeated 2-0 by Haugesund on the road. With that loss, they have now gone five games without a win in the league. In the forthcoming league match, they will be trying to secure their first win with the help of home advantage.

Stromsgodset, on the other hand, has had an ordinary start to the season. So far this season, they have won two and lost three of their five league games.

They are presently ranked 13th in the rankings with a total of 6 points. They’ll be aiming to improve themselves in order to secure a seat at the table.

In their most recent league encounter, Stromsgodset defeated Rosenborg 3-0. They had just come off a demoralising 0-5 loss before scoring the aforementioned league victory.

Kristiansund has a four-game winning streak over Stromsgodset, and in four of the last five head-to-head meetings between these two teams, the both teams to score option has been successful. Kristiansund won 1-0 in their most recent meeting at this location.

Kristiansund had a poor start at home as well. They have lost both of their home games so far this season. However, we expect them to score two goals in both home games.

Stromsgodset, on the other hand, has won and lost one of their two road games this season. Their impressive performance came against Haugesund, who are currently in the relegation zone.

Furthermore, in the recent history of this head-to-head match-up, Kristiansund has the advantage. As a result, we’re betting on Kristiansund to win their first game of the season on Sunday. 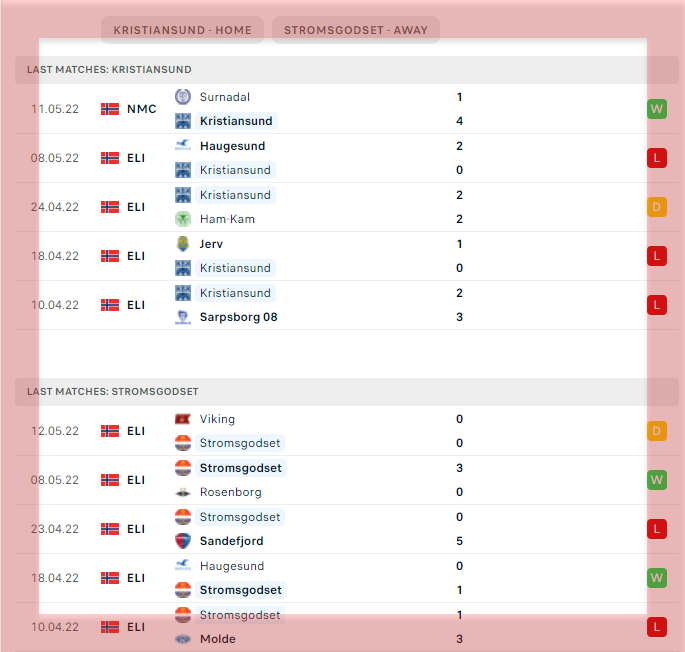