Kosovo has never qualified for a World Cup final, and they won’t be in 2022 after a difficult qualifying campaign that left them last in Group B.

Kosovo’s last competitive match was a 5-1 win over Cyprus in September. On Wednesday, they drew 2-2 with Armenia in a friendly.

This is the team’s penultimate game of the year; they won’t play again until March, when they begin Euro 2024 qualification against Israel.

Giresse’s team will face Andorra, Belarus, Romania, and Switzerland in Group I, hoping to reach the finals for the first time.

The National Team will face Albania, Czech Republic, and Poland in Group E as they try to reach a major tournament final for the first time.

Many players in the current Kosovo squad made their debuts against Armenia, and Lirim M. Kastrati has scored twice for Kosovo and should start again, while Agon Sadiku could earn his second cap.

Visar Bekaj will lead the national team in goal, and Donat Rrudhani is set to start. Klaemint Olsen is Faroe Islands’ top scorer with 10 goals, and he’ll lead the line here.

Viljormur Davidsen has 62 caps and will defend for the National Team. Solvi Vatnhamar will also start, but Andrass Johansen and Paetur Petersen are inexperienced.

Both teams will want to win, so we predict a competitive contest on Saturday. A home or away win is possible, but we predict a low-scoring draw. 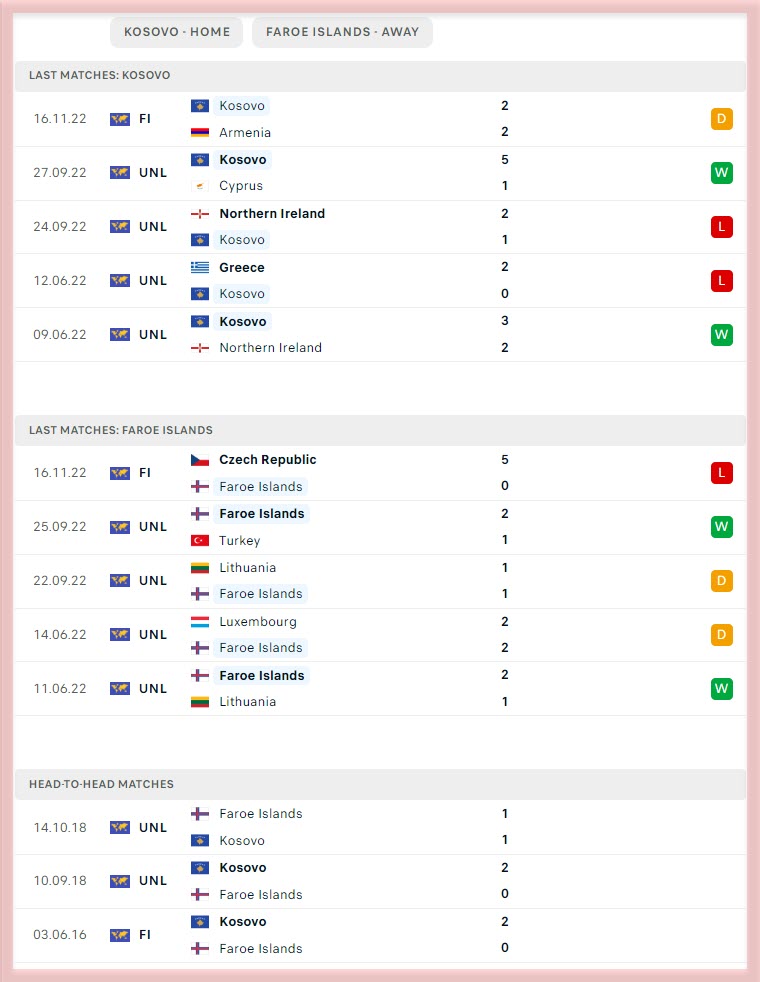