Konyaspor vs Vaduz – Preview, and Prediction

Konyaspor vs Vaduz -Perhaps a 1-1 draw between Konyaspor and Vaduz in the first leg. The Turkish team will, however, have all the momentum in the world come Thursday in front of their home audience.

They are not only scoring goals in large numbers and are in good form, but they are also playing a team that legitimately competes in the second level of Swiss football hierarchy.

It is true that Vaduz compete in the Swiss Challenge League, the nation’s second level, and this fact alone should give a hint as to how the next matchup should go.

Additionally, they are currently experiencing a string of disappointing results. They are conceding a tonne of goals, and especially on the road, they have been a complete mess.

It goes without saying that the odds makers will favour Konyaspor to record a decisive win when these 2 clubs square off this Thursday.

In the following 12 months, they have only lost twice in front of their home crowd, and during that time, they have gone on two distinct 3-game winning streaks and another 5-match winning streak.

Vaduz, on the other hand, is currently on a 5-game losing streak and has conceded 2 or more goals in 3 of these games.

Additionally, they were winless in 3 of their previous 4 road trips and in 9 of their previous 11 games overall. These observations suggest that Konyaspor, the hosts, will have a significant advantage come Thursday. 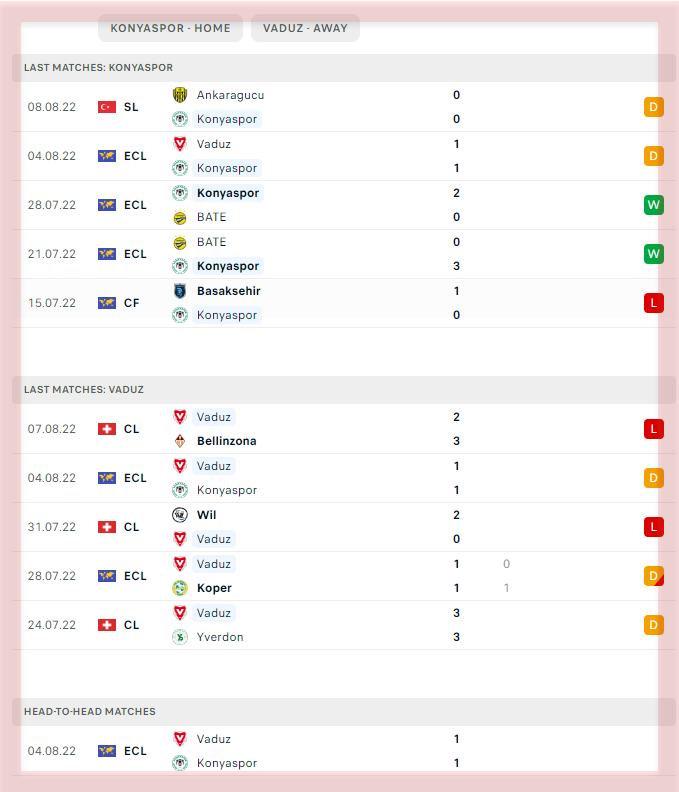