Going forward, both teams have been finding the back of the net frequently recently, as well as in their previous campaigns.

Konyaspor finished third in the league table last season, scoring just three goals less than the champions. It’s also worth noting that they were only 5 points away from finishing second.

Meanwhile, Basaksehir had finished fourth in the table, trailing their counterparts by just three points for the day. Throughout the game, defense was their calling card.

Going forward, whenever these two teams have met in the past, goals have been plentiful, especially at this venue.

Taking these observations into account, we can expect a high-scoring thriller between the two squads this Monday.

Konyaspor had been unbeaten in eight of their last ten games overall, and they had scored two or more goals in three of their last five.

Given these observations, expect a high-scoring contest between the two teams this Monday. 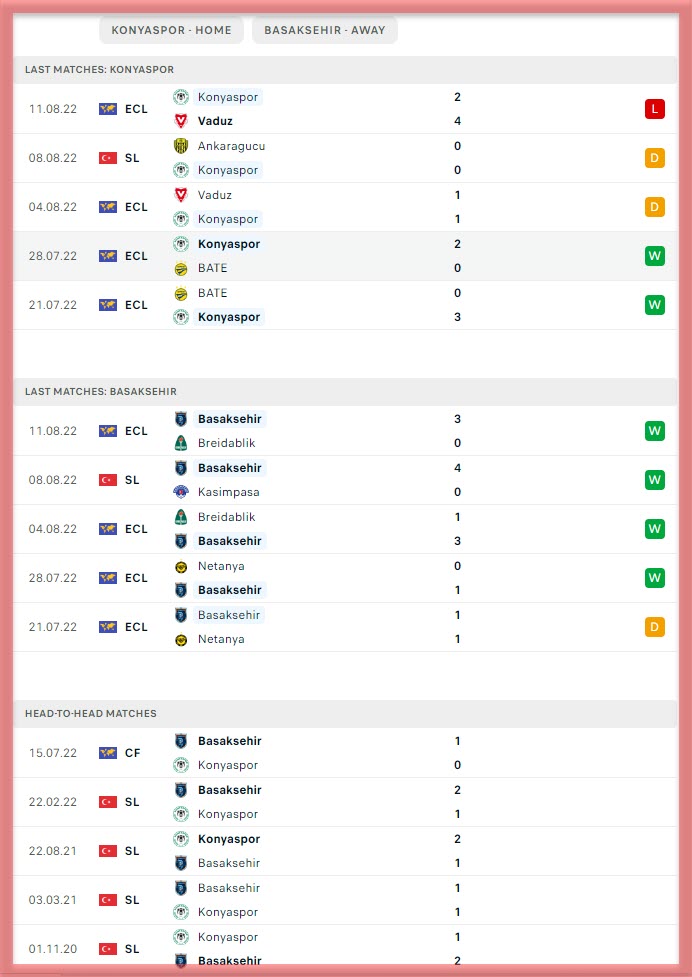