Kilmarnock vs Livingston – Preview, and Prediction

Kilmarnock vs Livingston -Kilmarnock might be placed in the bottom tier of the table, but they are definitely improving their form lately. However, Livingston are in free-fall mode, and especially so on the road. They lost most of their recent games, and are letting in goals in huge numbers.

Kilmarnock remained unbeaten in the past five match-days in the league, save for a single match-up.  They are certainly on the rise, and have some great opportunities coming up.

Teams placed nearby to them in the league table have tough games coming up, while they are pitted against a struggling opponent, A win this weekend is going to be really useful to them.

Meanwhile, Livingston remained winless in the past five games, barring a single fixture – which occurred against the weak St Johnstone. Moreover ,Livingston are on a long stretch of poor results on the road, and all along they let in goals in huge numbers.

And to make matters worse for them, they have a poor h2h record against this rival over the years – particularly so at this ground. By the looks of things, expect a win for Kilmarnock this Friday.

Kilmarnock lost just once in the past whole month, and impressively they are on an unbeaten run at home since August. In fact, they have a 100% winning record at this ground in the period, barring a single draw.

On the other hand, Livi have a total of three wins to their name in the past three months, and the last they won on the road was back in the first week of August, Considering these observations, as well as past h2h clashes, expect a win for Kilmarnock this weekend.

Kilmarnock vs Livingston – Head To Head 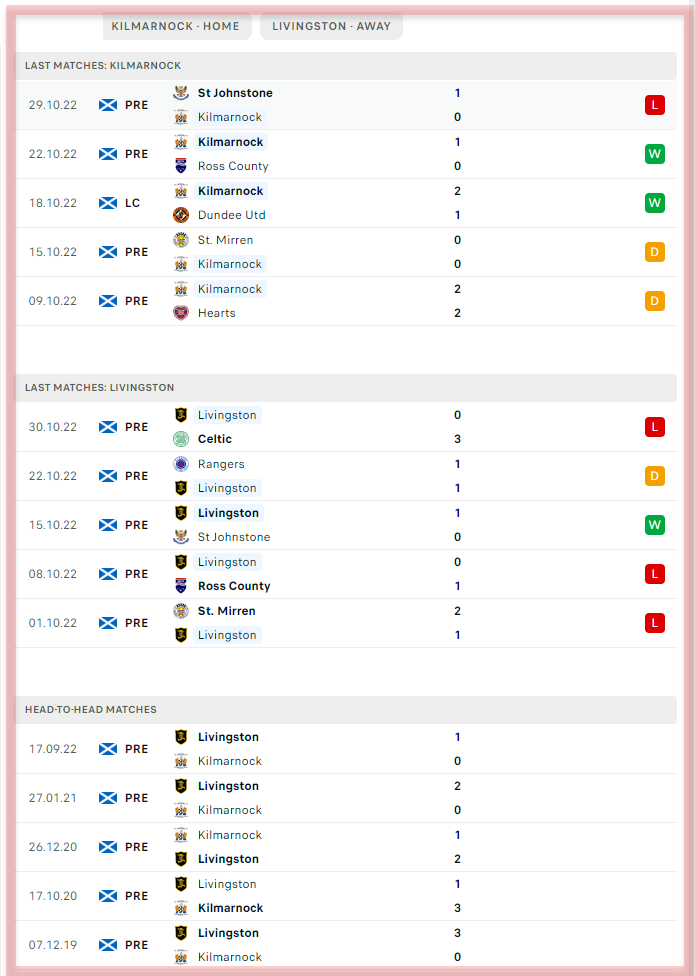