Kayserispor vs Trabzonspor – Preview, and Prediction

Kayserispor vs Trabzonspor – Both Kayserispor and Trabzonspor will be off from league duty this week as the Turkish Cup semifinals continue at the Kadir Has Stadium.

The hosts had beaten league powers Fenerbahce and Besiktas in the last 16 and quarterfinals of the cup. But they lost the first match 1-0 and must now win the second leg on Tuesday. Kayserispor have won the Turkiye Kupasi once before in 2007-08 and are now in the final.

This season, Trabzonspor won their first Super Lig title in nearly 40 years, and are aiming for the domestic double. They won the first leg 1-0, with Andreas Cornelius scoring the winning goal in the 87th minute to delight the home crowd. The away side has won the cup nine times, most recently two seasons ago. They need to win this week to qualify for the final.

Kayserispor and Trabzonspor have met 37 times. The hosts have won seven times compared to 21 for the visitors. The two sides have drawn nine times.

Kayserispor have won only one of their last ten games in all competitions. In their last four home games, they’ve lost three of them ,Trabzonspor are unbeaten in seven games and have only lost one all year. They rightly won the first leg and should repeat. 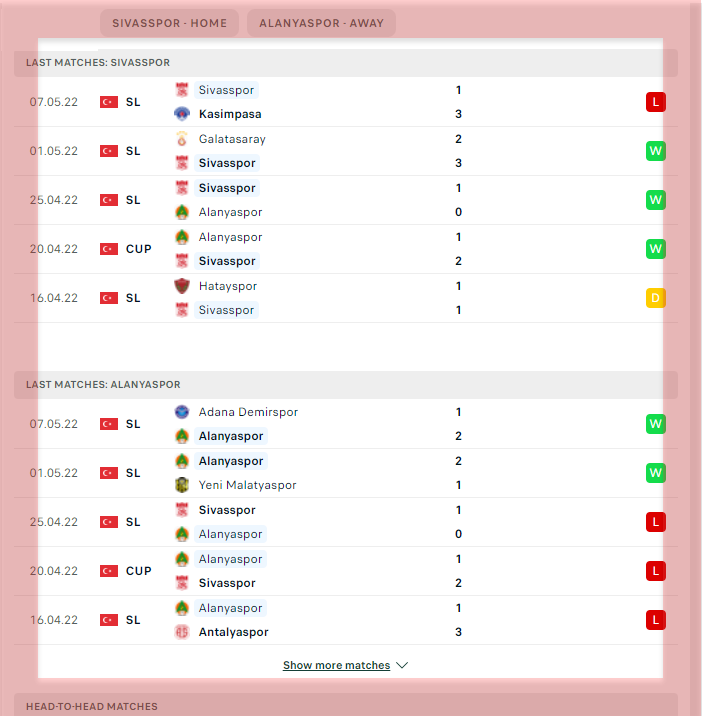