Kayserispor vs Sivasspor – Preview, and Prediction

Kayserispor vs Sivasspor – Sivasspor and Kayserispor will fly to Istanbul for the Turkish Cup final on Thursday in the hopes of winning. Kayserispor has had varied outcomes in their recent matches. The club has three wins, three ties, and four losses in its previous ten games. In six of their Turkish Cup encounters, the squad has won, while scoring over 1.5 goals in five of them.

In the Turkish Cup, Sivasspor had advanced directly to the round of 16. They have not lost in a single match this season, extending their unbeaten streak to five games. They have scored over 1.5 goals in three of the five matches they have played. Sivasspor’s most recent Turkish Cup encounter was against Alanyaspor. Sivasspor won the first leg match, finishing with a 1-2 FT score. Sivasspor drew the second leg match, advancing to the finals on a 2-3 aggregate score.

Recent meetings between Kayserispor and Sivasspor have yielded varied results. Both sides have won four of their last five Cup matches and have scored over 1.5 goals in the majority of them.The game will be close, and both sides will be in great form in their respective matchups. Sivasspor has performed admirably in recent encounters, achieving better outcomes than Kayserispor. As a result, we may predict Sivasspor to win the match.

Kayserispor vs Sivasspor – Head To Head 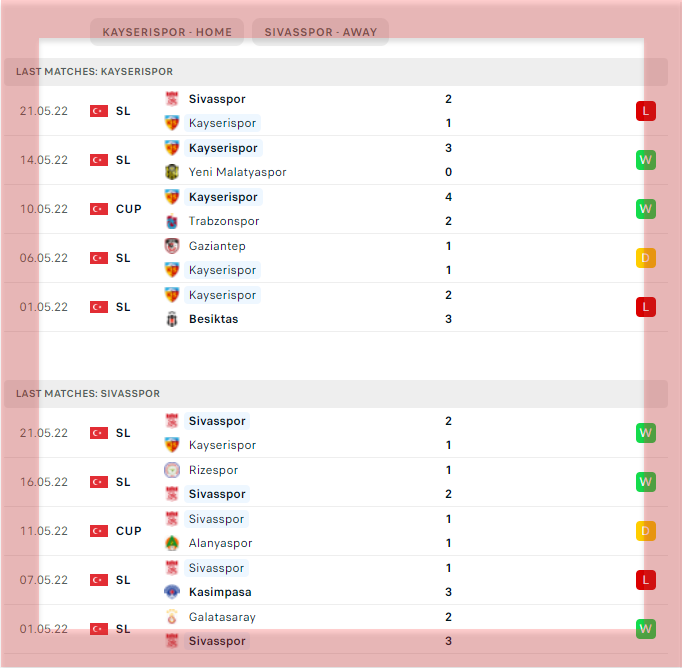