When Hatayspor travels to the Kadir Has Sehir Stadi to face Kayserispor on Friday, they will have the chance to rise into the Turkish Super Lig top four.

Hatayspor are now in seventh place, one point behind fourth place, while Kayserispor are in the middle of the table, five points behind their visitors this week. 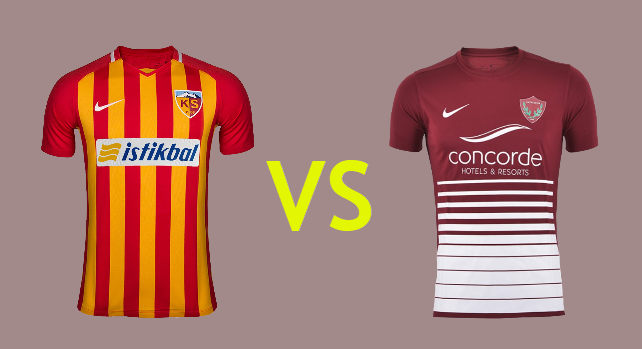 On Sunday, Kayserispor’s seven-game unbeaten run in all competitions came to an end when they were defeated 3-1 by Kasimpasa, who are now in 13th position.

In that game, Mario Gavranovic gave his team the lead, but the hosts turned the game around, having more control of the ball and creating more opportunities on goal than Kayserispor.

Hikmet Karaman’s side will be glad to be back on home soil on Friday, as they have only lost once on their own turf this season, accumulating 17 more points in one match less in Kayseri than they have on the road. They’ve also held seven straight clean sheets at home in all competitions, winning six of them, implying that Friday’s opponents will be difficult to break down.

Hatayspor, on the other hand, has only scored 12 goals in their 12 away matches this season, eight fewer than at home, bolstering Kayserispor’s confidence in maintaining a clean sheet.

Hatayspor’s confidence that they are real contenders for a top-four finish this season was shattered by a 6-0 loss to Alanyaspor, but Omer Erdogan’s team improved their defensive woes in their goalless draw against Caykur Rizespor last time out.

Hatayspor created more chances than their opponents on Sunday, but they were ineffective in the attacking third, so if they don’t score on Friday, Erdogan’s club will have gone 270 minutes without scoring.

That does not bode well for their chances of qualifying for the Europa Conference League, as they have conceded far too many goals thus far in the season.

Hatayspor has allowed 34 goals in 23 games, the worst record among the top 11 teams in the division, but three points on Friday might put them on the verge of climbing the standings. The visitors did beat Kayserispor earlier this season, winning 2-1 due to goals from Mame Biram Diouf and Ayoub El Kaabi in September.

Mame Thiam of Kayserispor is still on international service with Senegal in the Africa Cup of Nations, although he could return to his club if Senegal loses to Burkina Faso in the semi-final.

Mustafa Pektemek and Gustavo Campanharo are set to return from injuries this month, but Friday’s game will be too soon for them, while Dimitrios Kolovetsios and Bernard Mensah are out for the season.

The hosts will play in a 4-4-2 style, with Gavranovic expected to be joined up top by new signing Andrea Bertolacci, who is looking to add to his seven league goals this season.

Full-back for Hatayspor Burak Camoglu only made two appearances before suffering a muscle injury, but he is close to returning to fitness; nonetheless, Friday’s match will be too soon for the 25-year-old.

On Sunday, when his country overcame the United States in World Cup qualifying, Canadian international Sam Adekugbe was named player of the match, but he would be absent from Hatayspor’s team, having only returned from international duty on Thursday.

Hatayspor will continue to be led by Diouf, who will be backed up by Dylan Saint-Louis, who will play as a number 10 immediately behind the former Stoke City striker, while Mohammed Kamara and Saba Lobzhanidze will likely provide width.

Our Prediction: Under 2.5 Goals
Given their outstanding record and recent form at home, Kayserispor are sure to preserve a clean sheet on Friday, while Hatayspor have struggled to find the back of the net on their travels. With their good defensive basis to build on, the hosts are unlikely to score a flurry of goals, but with their strong defensive platform to build on, they will only need a solitary strike to take three points.