Kasimpasa vs Ankaragucu – Preview, and Predictions

Kasimpasa vs Ankaragucu – By defeating Hatayspor in their third game of the year, team leader mer Erdoan and his group atoned for their previous performance. He desperately needed this win because his squad had just fallen to Fenerbahce.

As they prepare to play Kasimpasa at Recep Tayyip Erdoan Stadium, they will try to build on this success. The visitors defeated Hatayspor 4-1 with three goals in the second half. This season, they are advancing slowly.

The squad was able to escape the relegation zone thanks to two victories in their last four games. On the other side, the host’s most recent game against Konyaspor ended in a 1-1 tie. The game’s first goal was scored by Haris Hajradinovic.

Due to the team’s recent dismal streak, only one game was won last month. The team’s primary goal is to win this game from enol Can’s perspective.

They will try to avoid dropping any more points because doing so would put them in danger of being demoted. It is significant to remember that this season, they have lost 50% of their games.

In the last five head-to-head contests at Recep Tayyip Erdoan Stadium, the host has prevailed in four, and the last time these two teams faced off was in May 2021, with the home team winning 3-1.
In three of their last five meetings in total, the guests have preserved a clean sheet.

Our first prediction for this game is that Kasimpasa will score more than 1.5 goals. The odds for this prediction are 2.10. The home team has scored at least two goals in each of the last four triumphs at Recep Tayyip Erdoan Stadium.

Next, we’ll make a prediction for this game: Kasimpasa will win. The odds for this prediction are 2.15. The home team has a solid winning record while playing Ankaragucu at home. At Recep Tayyip Erdoan Stadium, the visitors have only triumphed once in the previous fourteen years. 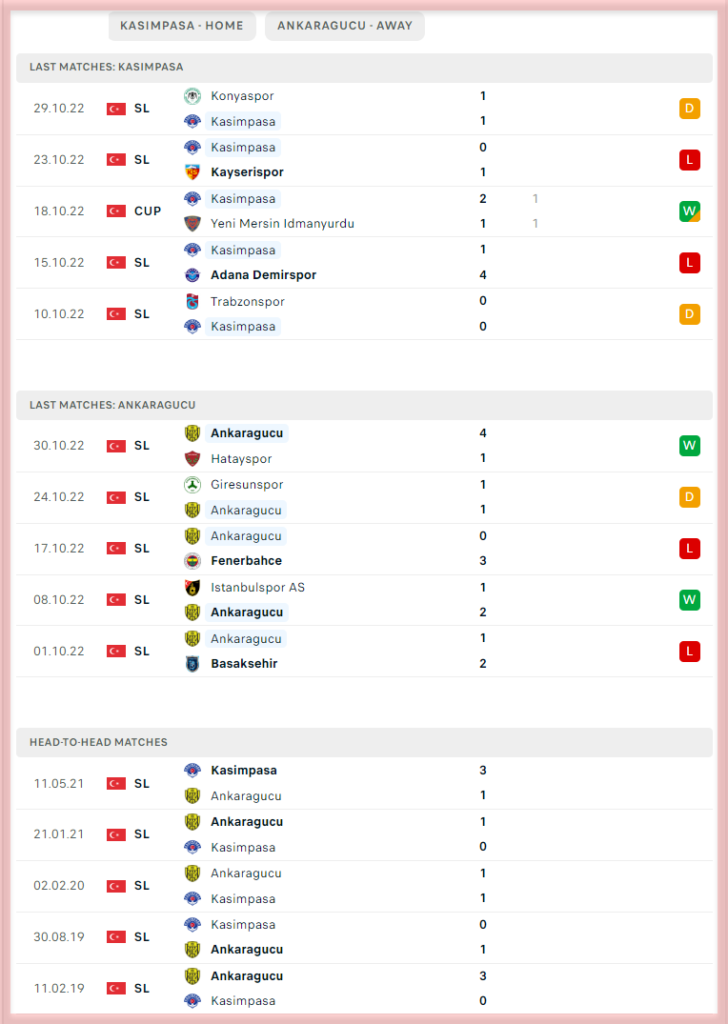