Karlsruher SC vs Magdeburg – Throughout the previous 2. Bundesliga season, Karlsruher SC had a winless record that fluctuated. They finished the season in the 12th position in the league table as a consequence. They will be looking for a better season overall.

Magdeburg, meanwhile, had a strong 3.Liga campaign last year. They have consistently put on impressive performances around the league. At the end of the season, they quickly seized the top spot on the standings. After winning the top slot, they advanced it to the second level.

In their most recent face-to-face encounter, Magdeburg prevailed 2-0. The Karlsruher SC’s optimistic expectations were not reflected in their season-opening game.

They lost their opening game on the road to Paderborn after giving up five unanswered goals. They may feel low spirits as a result of the aforementioned demotivating result.

Karlsruher also doesn’t have a strong home record. They have been on a six-game losing streak here as of right now. Their defensive line-up allowed two or more goals in each of their last two home defeats.

Magdeburg, on the other hand, will be looking forward to their return to the 2.Bundesliga matchup this year. Three years ago was their most recent second division match.

They have been playing in the third division ever since, but this season they are finally back playing in the second division. Their beginning, nevertheless, wasn’t quite smooth enough.

They suffered a 1-2 loss to Fortuna Dusseldorf in their opening league game of the year. Regardless, their recording is superior to Karslruher’s.

Additionally, they have triumphed in each of their last two road contests. In light of the aforementioned data, we predict that Magdeburg will defeat Karlsruher on Sunday. 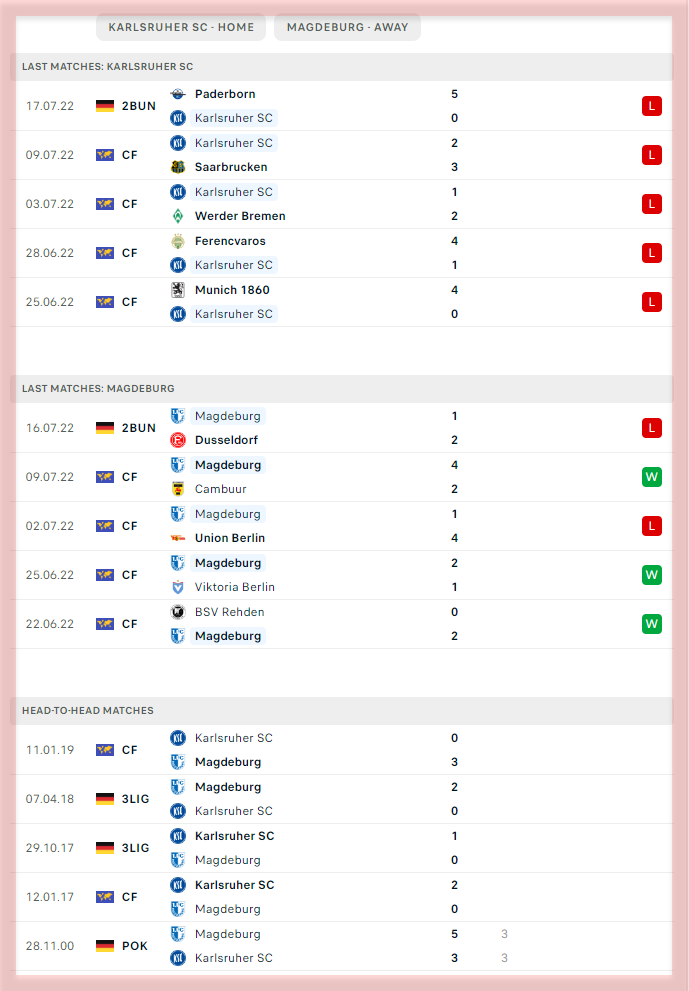