Kalmar vs Elfsborg – Preview, and Predictions

Kalmar vs Elfsborg – Elfsborg visits Kalmar, and despite only having a one-point difference between them, the two teams are separated by two places. Today’s matchup between these two clubs will be held at Guldfgeln Arena.

Kalmar has 21 points from 14 games and is currently ranked sixth. They have six victories in the league, three draws, and five losses. If the opposition is to prevent the hosts from scoring today, their defence will need to be at its best. In the previous six games at Guldfgeln Arena, the home team has scored.

After losing 0-1 to AIK in their previous Allsvenskan match, the hosts won’t want a recurrence of their previous outcome here. They haven’t offered much to the opponent; in their last six matches, only four goals have managed to get past their goalkeeper.

Djurgarden, on the other hand, holds down the ninth position on the table with 20 points. They won and drew five times each, while losing four times, in the 14 games that were played. They have been effective up front, scoring 26 goals so far, but their defence still needs some work.

Elfsborg will be trying to turn things around after a 0-3 loss in their most recent Conference League qualification match against Molde. In their last six games, they have scored 10 goals, making them a threat moving forward.

In their past seven league games against Elfsborg, Kalmar has failed to prevail. However, they have won all four of their home league games.

In 5 of the last 6 league matches, both teams have scored, and we anticipate more of the same this weekend. A home team victory or draw appears likely. 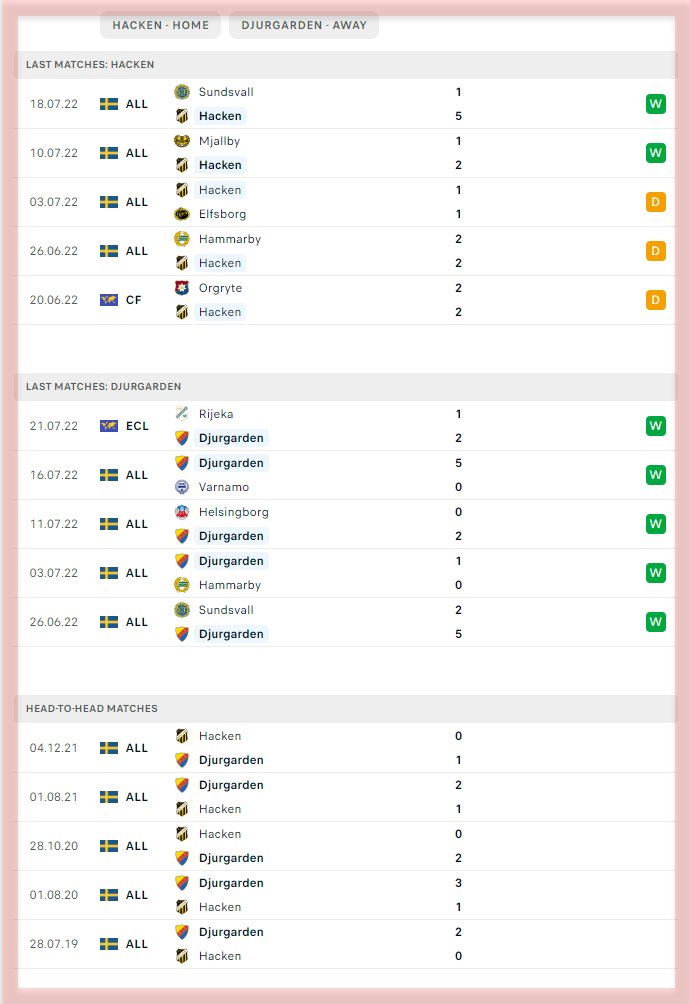