The hosts won’t want a repetition of their recent loss, 2-0 against Viktoria Cologne. Their third straight loss deprived them promotion to 2.Bundesliga. Kaiserslautern’s goal has been breached in 6 of their last 6 matches, with 5 goals scored.

Dynamo Dresden is 16th with 32 points in 2.Bundesliga. In 34 league matches, they won 7, drew 11, and lost 16. They went winless in the second half of the season and are currently winless.

Dresden previously lost 1-0 against relegated Aue. 8 goals against in 5 of their past 6 games. The visitors needed 9 more points to escape their Playoff anxiety.

Kaiserslautern’s home record this season is 12-18. In their last six home games in all competitions, they’ve scored over 2.5 goals. Dynamo Dresden hasn’t won in 16 games. This season, they’ve only won two of 52 away games. Recent road games have averaged 1.65 goals against. 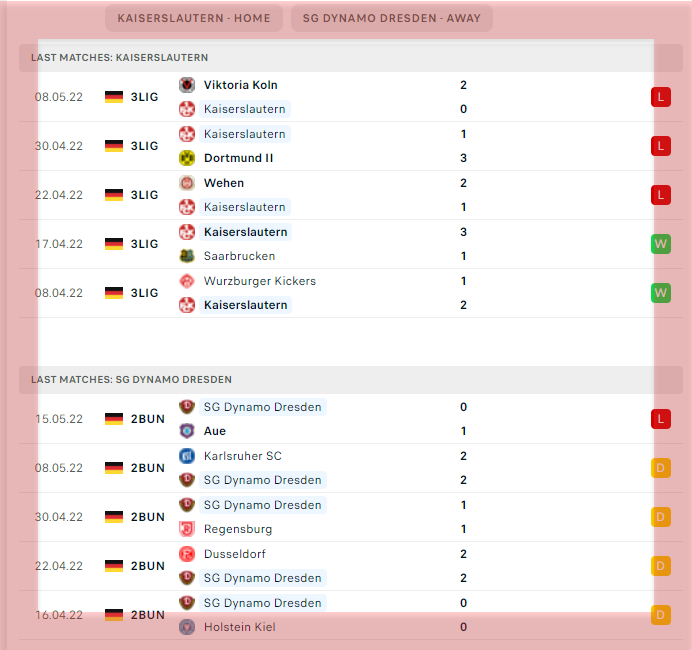