Juventus vs Inter Milan –Football fans in Italy will have the chance to see another thrilling match when Juventus and Inter Milan square off in Derby D’Italia, which will take place just one hour after the conclusion of Derby Della Capitale.

Going into the final match of Matchday No. 13 at the Allianz Stadium in Turin, bitter cross-city rivals are positioned sixth and seventh in the Italian Serie A rankings. Both teams have had success recently in domestic league matches. However, their experiences in the top European competition have been unique.

After placing third in the group behind PSG and Benfica, Juventus was ousted from the UEFA Champions League. Contrarily, Inter Milan caused a shock by finishing first and second in the group of death, alongside Bayern Munich and Barcelona.

Recently, the Nerazzurri have typically improved their shape and confidence. Last Saturday, they easily defeated Sampdoria 3-0 at Stadio Giuseppe Meazza. Romelu Lukaku, a striker for Belgium, unfortunately sustained another injury on this occasion and will probably even miss the World Cup with his country.

Edin Dzeko and Lautaro Martinez are now the team’s front-running pair. However, they have recently performed exceptionally well, scoring at least three goals in four of their previous five games across all competitions.

In May, these two teams faced off in the Coppa Italia championship game, which Inter Milan won 2-4 in overtime to claim the title. Juventus has now lost three straight games to Inter Milan. In four of the previous five head-to-head meetings between these rivals, both teams scored.

Juventus will enter this match having won three straight league games with a clean sheet, but recent UEFA Champions League games against PSG, Maccabi Haifa, and Benfica showed us their defensive flaws.

We will use the Away victory & Over 2.5 goals FT choice at the 3.75 odds as our primary wager in this game because Inter Milan has recently been scoring goals like crazy. At the 3.40 odds, we also prefer Edin Dzeko to score anytime for the guests. 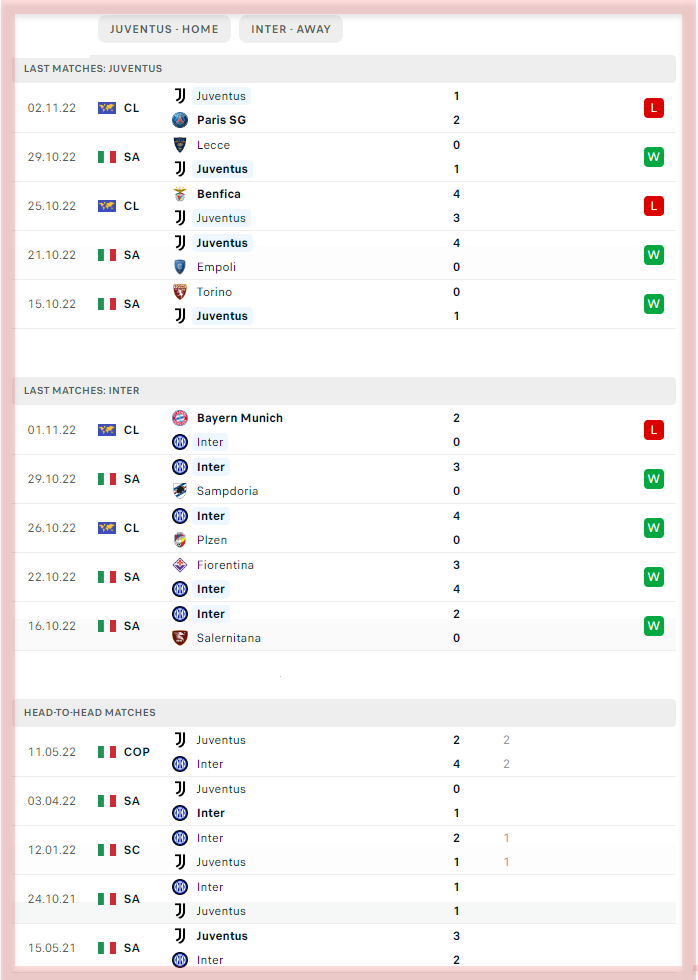