Juventus star Paul Pogba may be forced to MISS the Qatar World Cup in 2022. 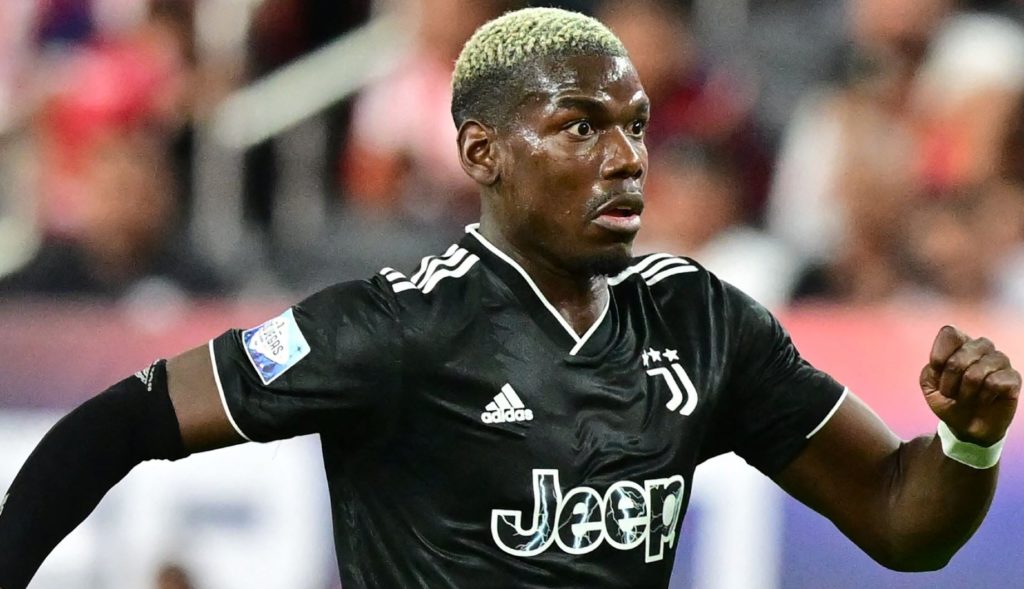 Juventus star Paul Pogba may be forced to MISS the Qatar World Cup in 2022.

Juventus midfielder Paul Pogba may be forced to miss the 2022 Qatar World Cup after returning to Italy from the Serie A giants’ pre-season tour to see a specialist.
Paul Pogba of Juventus may miss the Qatar World Cup in 2022 due to injury.
During pre-season training, the former Manchester United star injured his knee.
Pogba has been diagnosed with a lateral meniscus lesion in his knee.
The Frenchman was scheduled to have surgery while on tour in the United States.
Instead, the 29-year-old has returned to Italy to consult with a specialist.

Paul Pogba will see a specialist to determine what treatment is required for his knee injury, which could force the Juventus midfielder to miss the 2022 Qatar World Cup.

After limping off the field in Los Angeles last week, the former Manchester United star was diagnosed with a lateral meniscus lesion in his right knee.

The 29-year-old was expected to have surgery in the United States rather than continue his pre-season tour with the Serie A giants.
Paul Pogba has been diagnosed with a lateral meniscus lesion in his right knee.
The French midfielder was scheduled to have surgery but has instead returned to Italy.
The 2018 World Cup winner, who had only recently returned to Juventus, has instead flown back to Italy to see a specialist.

According to La Gazetta dello Sport, there are two possible approaches for his injury, one of which could keep him out of the World Cup until 2023.

One option is to remove a piece of the meniscus, which would keep Pogba out for 40 to 60 days, but that operation is better suited to younger players and could limit his mobility.
Pogba will now consult with a specialist before deciding what to do about his knee injury.
The World Cup winner in 2018 could be out for four to five months, missing the World Cup.

The other option is to suture the lesion, but that could mean missing four to five months of action, and with the World Cup coming up in November and December, it appears unlikely that he will be able to play for France.

Pogba will now consult with a specialist before deciding how to treat his latest injury.

Prior to his return to Italy, the Italian giants issued the following statement: ‘Following complaints of pain in his right knee, Paul Pogba underwent radiological examinations, which revealed a lateral meniscus lesion.’

‘He will have a specialist orthopaedic consultation in the coming hours.’

However, should the results indicate that Pogba is set for months on the sidelines, the club may opt to keep one of the midfielders.