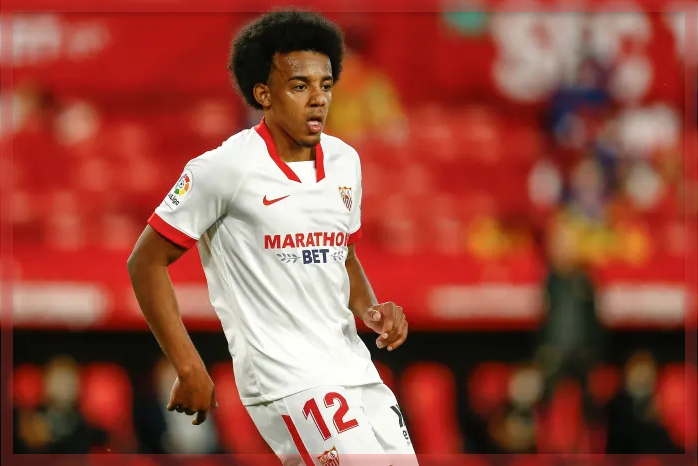 The Sevilla defender is on his way and will undergo a physical in 48 hours. The France defender has spoken to Thomas Tuchel and expects to join Chelsea on their US tour.

Chelsea considered Nathan Ake of Manchester City, while Barcelona tried to hijack the deal. Kounde, 23, felt safer with Tuchel at Chelsea than Barcelona.

Insiders said a deal to bring him to England is “99 percent done.” Chelsea play Charlotte on Thursday before facing Arsenal early Sunday morning UK time. Then they play Udinese in Italy.

Tuchel wanted to strengthen his defence after losing Antonio Rudiger and Andreas Christensen on free transfers. He’s filled both vacancies with highly-rated and experienced players as Chelsea tries to catch up to Manchester City and Liverpool.

Kounde and Koulibaly may force Chelsea to sell defenders. Cesar Azpilicueta hopes to join Barcelona, although no conversations were done before he left for America.

The successful Spaniard wants to return home after 10 years at Chelsea. Although a right-back, Azpilicueta plays center-back, and Koulibaly and Kounde reduce Tuchel’s burden.

“That tells us he has a lot of potential, and the owners, me, and the player will make a decision together. When he arrived, it was evident he was wanting to impress and join Chelsea as quickly as possible.

After his loan at Southampton, he needed to develop and make a mark in preseason, but he got hurt. There are offers and interest in him, so let’s see what happens. I’m calm since we know the issue and have a contract.