Jong Utrecht will be looking for a better result after losing 2-0 to FC Volendam in the Eerste Divisie last time around.

In five of their previous six meetings leading up to this one, a wager on both teams scoring would have been a loser.Jong Utrecht hasn’t won at home in the league in the last six matches. Their supporters are irritated, which is understandable.

Helmond Sport and their traveling supporters will be hoping for a better result in this game after losing their previous game in Eerste Divisie action to Jong PSV.

Helmond Sport had 45 percent possession and 6 shots on goal, two of which were on target, in the game. Jong PSV had 17 shots on goal, with eight of them being on target. Jong PSV scored with Fodé Fofana (21′) and Mohamed Nassoh (56′).

The numbers speak for themselves: Helmond Sport has been scored against in five of their previous six games, with their opponents scoring a total of nine goals. Helmond Sport could really use more reinforcements in the back. Aside from previous results, we must now wait to see if the current trend will continue in this game. 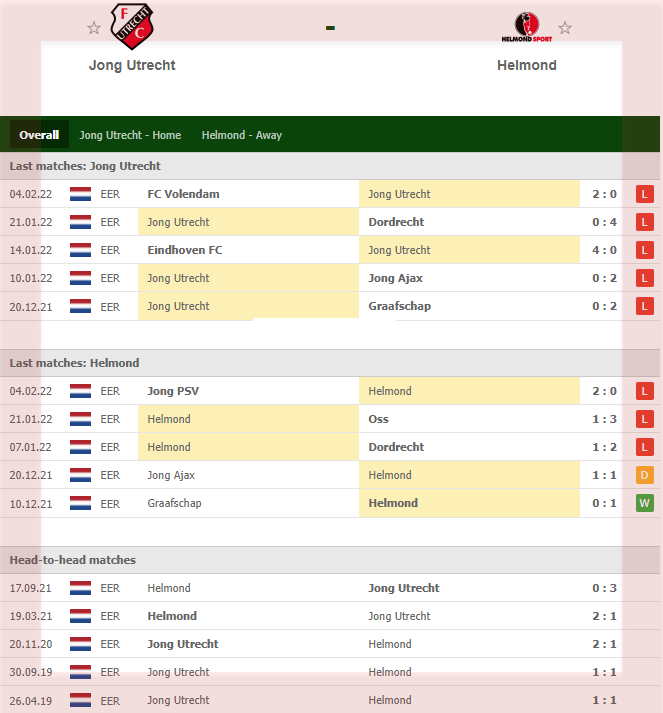 Our Predictions: Under 4.5 Goals