Independiente Petrolero vs. Palmeiras – Tomorrow, Palmeiras and Independiente Petrolero will duel for three points in the Copa Libertadores. Last week, the hosts won 4-0 away at Deportivo Tachira to start their title defence. Rafael Navarro scored a second-half brace off the bench. They then lost 3-2 at home to Ceara in the opening game of the new Brazilian Serie A season. Independiente drew 1-1 with Emelec in their first Libertadores match. In Sucre, both teams shared the spoils thanks to two late goals.

Over the weekend, Independiente lost 5-1 against Royal Pari in the Bolivian Division Profesional. Alvarez and Cardozo both scored twice in the second half. This will be their first official meeting as they vie for first place in Group A.

Palmeiras has won three of their past five games. Independiente, however, has lost four straight. Palmeiras ,Luan is out due to injury. Joaquin Piquerez has returned to training following a weekend injury and should participate. The home side has no suspension problems. Palmeiras are the clear favourites. The reigning champions will be eager to avenge their weekend defeat at home.  Unless an improbable upset occurs, there should be only one winner here. Palmeiras should cruise to victory. 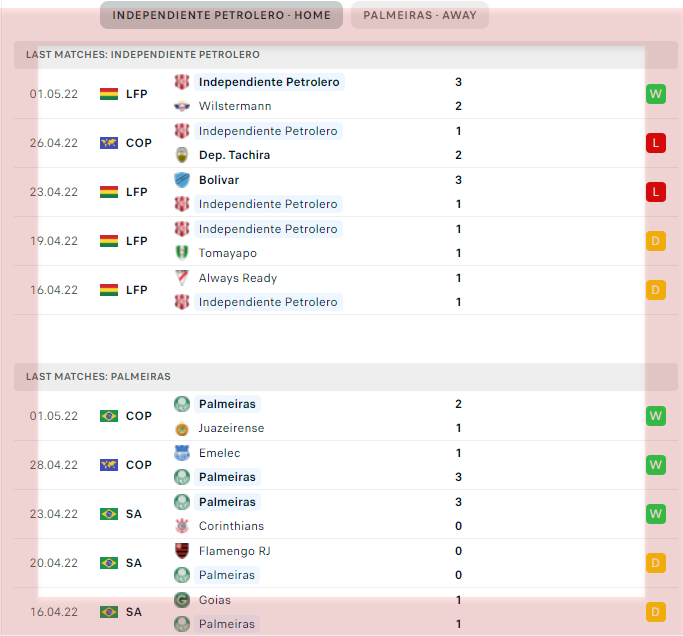