Incheon United vs Gangwon FC – A mediocre start to the season characterizes Incheon United’s performance thus far. For the time being, they are currently occupying fifth place in the league standings. The offensive side of their team appears to be adequate, but their defensive steel is lacking.

Incheon United’s most recent league match ended in a 2-1 loss to Jeju. It was the fourth time in the last five league games that they had gone without a win. In the upcoming league match, they will be looking for a favourable outcome thanks to home advantage.

Meanwhile, FC Gangwon’s start to the season was less than stellar. As a result, they have fallen to the bottom of the league table and are currently ranked 11th in the standings. In spite of this, they still have a good chance of making the finals.

In their most recent league game, Gangwon fell to Pohang 3-1 on the road. They have now gone three games without a victory in the league. Hopefully, they’ll be able to break their winless streak in this matchup.

Against FC Gangwon, Incheon United has won three times, drawn once, and lost twice in their last five meetings. In three of the last five h2h matches between these two teams at this site, both teams to score option landed.

Incheon United prevailed 1-0 in their most recent encounter. Incheon’s home performances have recently improved, as can be seen. They have won both of their previous league home games without losing a single game. They appear to be in fantastic offensive shape as well.

Gangwon, on the other hand, is having a terrible season on the road. They haven’t won a game on the road in the league this season, and they’ve lost both of their last two away league games. 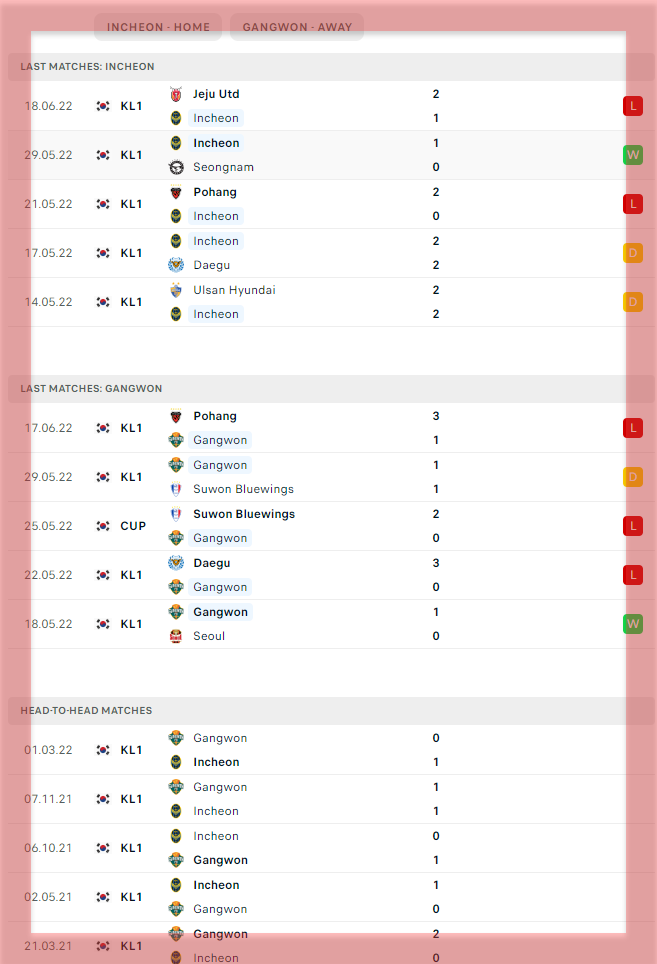