Hull City vs Sheffield United –    Hull City will be looking for a better outcome after losing to Queens Park Rangers 3-1 in the previous Championship meeting.

Hull City had 50% of the possession in that game and 3 of their 7 shots on goal were successful. Tyler Smith scored for Hull City in the 85th second.

In five of the last six games involving Hull City, at least three goals per game were scored. In these games, their opponents scored 14, while Hull City totaled just 10. However, there is no guarantee that this pattern will continue into the match.

According to the form guide going into this game, Hull City: have lost their last 4 league games without having defeated Sheffield United. are undefeated in their last six home league games.

Sheffield United enters the encounter having defeated Reading by a score of 4-0 in the Championship. In that encounter, Sheffield United had 57% of the possession and 7 of their 18 efforts on goal were successful.

In their last six games, Sheffield United under Paul Heckingbottom had reason to celebrate after scoring 12 goals. They have given up a total of 5 goals during those same matchups.

A comparison of their previous meetings, which date back to 23/02/2018, reveals that Hull City has won one and Sheffield United has won three, with two games ending in draws.

11 goals were scored between the two teams during this time span, with 3 coming from The Tigers and 8 from The Blades. That equals 1.83 goals per game on average.

Paul Heckingbottom, the manager of Sheffield United, does not have access to his entire roster. There will be no performances here by Jack O’Connell (knee surgery) or Jayden Bogle (knee problems). 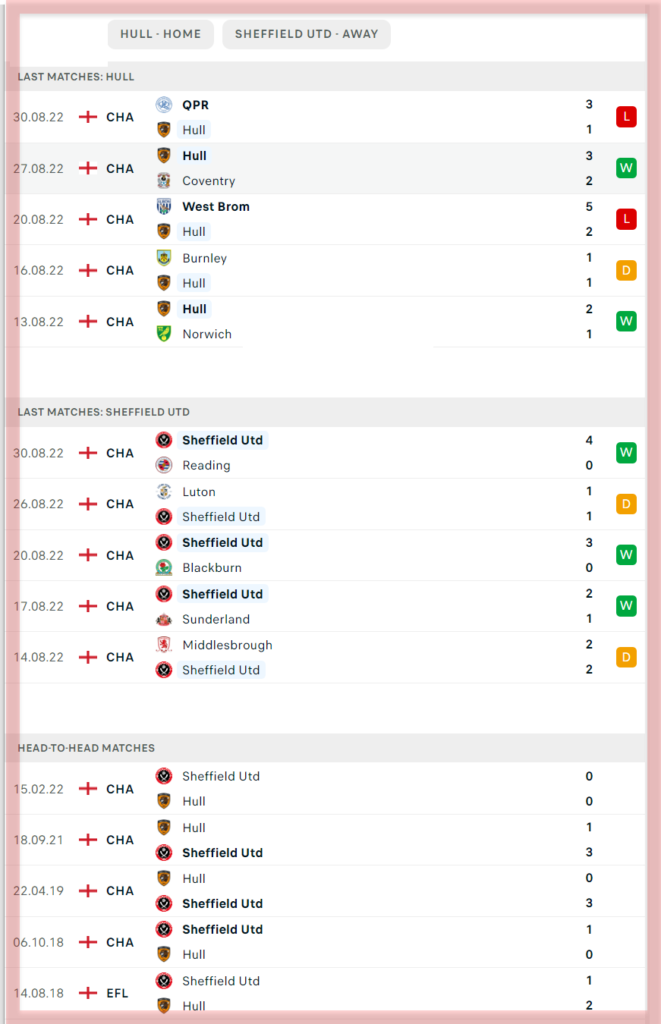