Hull City vs Huddersfield – Tomorrow evening at The MKM Stadium, Hull City will play Huddersfield Town in the first game of the 40th Championship Matchday.

The game is even more important for the visitors, who have put their post-season chances in risk after a run of two losses and a draw in the previous three rounds.

The Terriers are now only four points ahead of seventh-placed Middlesbrough, who also have two games in hand, and they may easily fall out of the top six if their record does not improve.

Forth a painful 0-3 loss to Bournemouth before the international break, Huddersfield Town put in one of their worst performances of the season.

In their last two league losses, the Terriers have failed to score, allowing five goals in the process.

They had three losses and a tie in their past four matches in all competitions, if we add the FA Cup defeat to Nottingham Forest. In each of these games, Carlos Corberan’s team has given up two or more goals.

In the final seven games of the season, Hull City has nothing to play for but pride. They are well clear of the red zone, but they are unable to climb into the top half of the standings.

The Tigers’ defensive issues were again exposed two weeks ago when they lost 1-3 at home to Luton Town.

We expect goals at The MKM Stadium on Friday night, as neither Hull City nor Huddersfield have been able to keep things quiet at the back in recent weeks. Also, given Huddersfield Town’s poor away record against the Tigers, we’ll support Hull City to win at 2.75 odds. 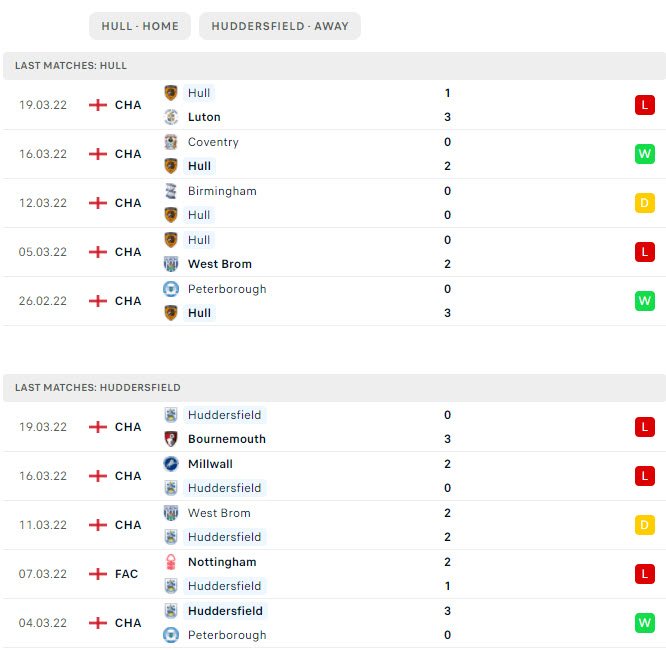