Hull City vs Blackburn – Blackburn has won three straight games. When they face Hull City at MKM Stadium, they’ll be going for their fourth victory. Andy Dawson’s team has improved after their Birmingham match loss by a score of 2-0. They overcame Rotherham by a score of 4-2, earning their sixth victory of the year. They had thirteen shots on goal, so the score could have been higher.

This is their second consecutive victory. The team is now ranked sixteen on the table. The primary issue for the hosts is that they give up 1.94 goals per game, which is one of the reasons they have given up the most goals in the Championship.

The visitors have won all three of their most recent games by scoring exactly two goals since they last suffered a loss on October 12th.

Last time they played Birmingham, Jon Dahl Tomasson’s team only needed a goal from Adam Warton in the first half to win all three games. The team moved up to third place on the standings thanks to this victory. They will go up to the top spot if they are able to win this match.

The host’s main worry is how awful their home form now appears to be. Since they have dropped four of their last five games played at MKM Stadium. This season, the hosts have given up 31 goals. Additionally, they have dropped 50% of their games thus far. The visitors have also taken home the most victories in the league. As a result, we can anticipate them dominating this upcoming match.

The game will be won by Blackburn 2-0, according to our initial prediction, which has an 8.00 odd. This is after taking into account the fact that they have prevailed in five of the last six total matchups. Furthermore, we predict that Blackburn will preserve a clean sheet in this game, with a 3.25 odd. The guests have triumphed in five games since 2018 and have preserved a clean sheet in each of those contests. 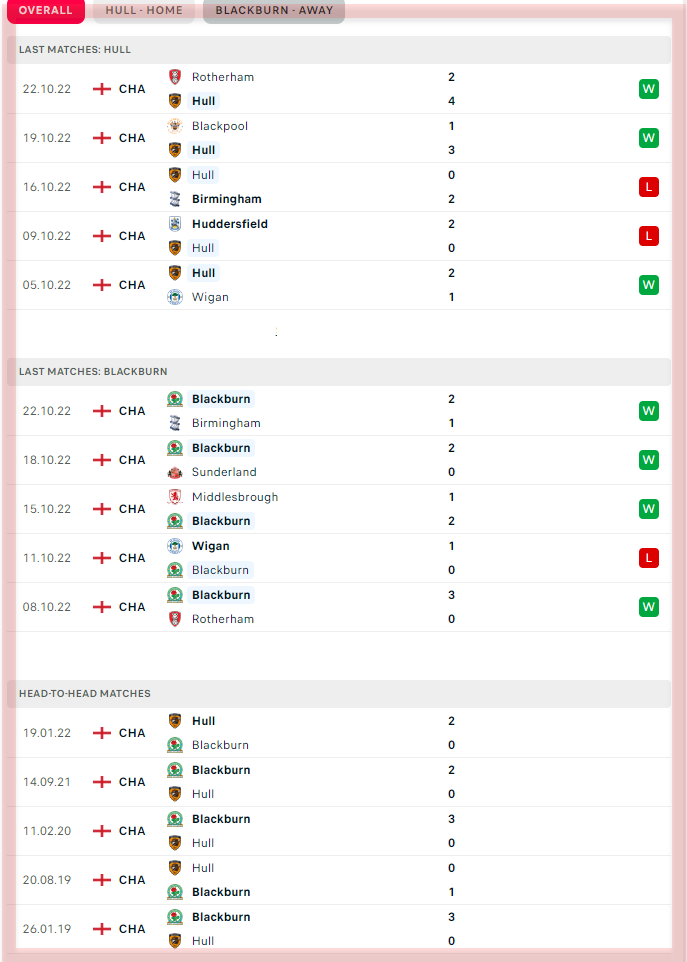